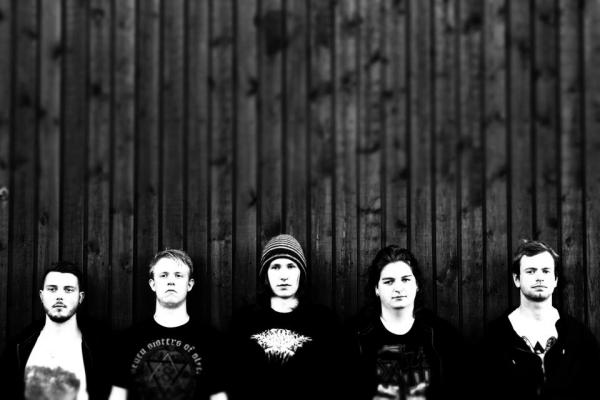 Congratulations on the release of your latest record! First question… Whats is the current status of the band from a musical standpoint and why the audience should give a chance to listening to WHORLS?
The current status is, as you say, the release of our debut album which was almost a year in the making. During the last six months of 2013, all of our time as a band was spend writing the album, meaning no shows or tours. 2014 have been quiet as well. Playing live again is going to be awesome as we haven’t played at least half of the Petrichor album live yet. Right now we are rehearsing for the release show, which we will play along with some great bands and great friends, including LLNN, ÉGLISE, NO FEALTY and PISS VORTEX. If you don’t know any of them be sure to check them out.

Your music sounds like a mix between black metal and hardcore/crust. What are your main influences? What do you think about black metal scene and hard core scene? To what degree is WHORLS part of both blocks?
WHORLS is definitely part of both blocks, we all come from different musical backgrounds. Myself mostly from the hardcore/crust scene. Some of the other guys have a death metal background. I don’t know about main influences as we all have our own. That being said, we wouldn’t write the music we do without bands such as CELESTE, HEXIS, THIS GIFT IS A CURSE and so on. Traditionally, the two scenes doesn’t seem to have anything to do with each other, as the traditional ideological standpoints seems to be opposing each other. I think the two scenes share a brutality, simple writing and some kind of in-your-face value. in Denmark more and more shows feature both metal and hardcore bands. Hardcore shows are set up in what used to be metal venues and vice versa. 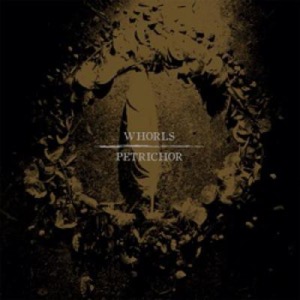 Your album “Petrichor” is being released at this moment. In what do you see its greatest assets and progression since the two ‘EP?
Well, the quality of the recording is a lot better than our previous releases as Petrichor was recorded professionally and not in our rehearsal room. The Petrichor album is a lot more coherent. Both lyrically and musically, we wanted to make an album that was different from our EP and demo. We wanted the lyrics to be read as a whole. As one text. Because of that, the lyrics were written separately from the music, and was only fixed to the music when all music and lyrics were written. This was a logistical nightmare, and although the result was good, I don’t think we will write this way again. We’ve moved further away from our initial inspirations and implemented more grind and hardcore elements than the LVMEN NATVRAE EP.

How important are the lyrics, tell us the lyrical concept behind the music?
The lyrics have grown to be a more and more important part of our music, as they have become increasingly focused. The main lyrical theme of Petrichor is what is known as the theodicy, or the problem of evil. If an omnibenevolent god exist, how can there be evil? And as a consequence of this Petrichor explores the hypocrisy of Christianity. Lyrically the album is divided in an A and a B side. The A side addresses the Christian god and the B side addresses the believer. This advancement is then linked to the early history of Christianity and its conquest of Europe and is shown in the track titles. For instance, the album starts off with ”Va’Eira” – a Hebrew word meaning I appeared. ”Parousia” is Greek for presence, ”Pax” Latin for peace. That is the black metal part. Besides this, I think the record have an emancipatory and empowering focus as at least a couple of songs end the same way; „there is no god – now the throne lay empty“.

What are your opinions on attempts at trying to merge music and politics?
We’ve discussed this a million times internally in the band, and never made a conclusion. 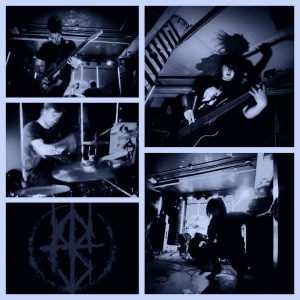 In Kladno (CZ) you have played live for the first time, what kind of feeling you have brought with you? What do you know about Czech republic just now ? What has been your most memorable WHORLS live show on this tour?
That particular tour you are talking about took place in October, 2012 and Kladno was our second ever live concert outside of Denmark as a band. It was at this sportsbar I think? On a Tuesday, so not many people showed up. I myself have trouble getting out to shows on weekdays so no hard feelings. We played the show together with Muck who we were touring with and a local band called KolHal, or KOLEKTIVNÍ HALUCINACE, who hooked us up with the show and were really nice guys in general They played these Bob Dylan type protest songs, at least I think, as it was in Czech. After the show they gave us food and weed and we couldn’t be more happy.

Where have WHORLS already played? Or what country would you like to visit?
With Whorls we’ve only been on a couple of shorter tours mostly northern Europe. We visited Iceland last summer which was an amazing experience and we would all love to come back. Other than that, we would really like to play some shows in Norway, for genre reasons, and a small hope that we will maybe see a burning church.

Many people are now glad to collect classical LP´s, what about you? As a lot of people are of the opinion that the album format is dead… What do you think about this theme?
For me the album format is coming back to life with the renaissance of the LP. For Whorls, working with Petrichor was working with the vinyl format. We didn’t want 8 individual tracks but 8 tracks forming a coherent album. 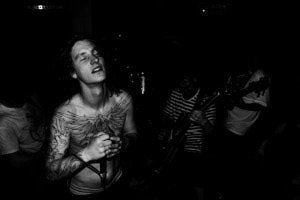 Have you received any feedback on the new album already? What are the reactions so far?
Not much, but most of it good. We’re in the process of sending the material out to be reviewed.

Are there any current bands that you particularly like?
Lately I have been into older bands who are no longer active but I stumbled upon the Dodechahedron self titled album a couple of weeks ago and i really like that.

Can you tell us what your daily life in Denmark looks like? Work, school, hobbies..etc.
Other than WHORLS I study urban planning. I draw and tattoo a lot and therefore I have made all artwork for WHORLS since i joined the band. Some of the other guys have this secret band with secret identities, maybe its black metal. Besides that, Emil (our guitarist) is working as a chef. I can’t remember what Rasmus (our drummer) does, he probably works and Sebastian (our bassplayer) is finishing his highschool/college. Nothing fancy, pretty ordinary lives.

How is 2015 shaping up for WHORLS? Any tour plans in the works?
We hope to be able to tour some of Europe or maybe Germany in the spring of 2015, and then we will probably start writing songs for a second album. But nothing is set in stone.

Thanks for your answers; I wish WHORLS prosperity for many years ahead and not only in musical life!
Thanks to you for your interest in our band!