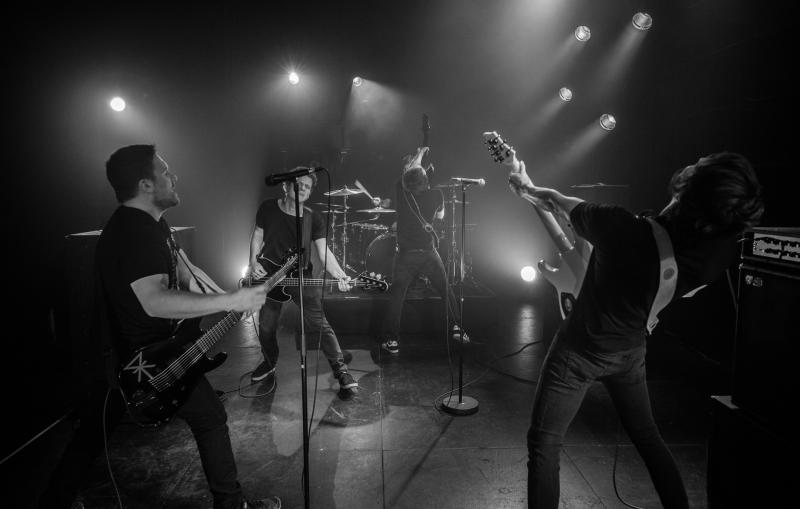 The band WHEELFALL (from Nancy, France) has just released a third and final track of their new concept album, to be released december 4th via No Good To Anyone Productions.

The leader of the band, Fabien W. Furter speaks about this new song, entitled “Amplitude Death”:

“We’re very glad to unveil a third track from “A Spectre is Haunting the World” : its name is “Amplitude Death”, and it’s the final track of the album…So, Spoiler alert:
“Amplitude Death” is finally the return to reality… The acting out itself. Because yes, he ends up taking action, and time slackens. “Amplitude Death” refers, in dynamical systems theory, to a state in which oscillations are simply canceled out, due to an intrinsic change in system parameters. Everything is back to zero, which says a lot about the meaning of the track. The end of the track is devoted to the moment after, and the feeling that the character has at that precise time. We will not know more … It is up to the listener or the reader to form their own idea of ​​what will happened after!” 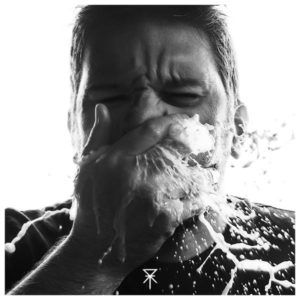 As a reminder, “A Spectre is Haunting the World” tells the story of an ordinary man who ends up wanting to kill the managing director of the International Monetary Fund. 20 minutes, it’s the duration indicated by the countdown of the bomb he has just placed, holding his knife firmly on him. Is he going to act, with no possibility to go back to his old life? 20 minutes is also an interval for the memories that come back… A time that each track of the album proposes to dilate and detail, in order to tell what can lead a man like any other to want to commit the irredeemable.

About WHEELFALL
WHEELFALL’s new album, “A Spectre is Haunting the World” is raw, real, acerbic and uncompromising. After a black and brutal “The Atrocity Reports” (2017), the band returns with a new concept album retracing the story of a quiet citizen on the verge of assassinating the director of the International Monetary Fund.

Led by Fabien W. Furter, WHEELFALL is a constantly evolving band, combining influences from Post-Metal, Avant-garde Metal, Noise Rock and industrial music among other genres. You’ll hear in the band’s music the rage of a NEUROSIS, the heaviness of GODFLESH within tortuous and dissonant atmospheres evoking TODAY IS THE DAY or the hypnotic rhythms of MESHUGGAH.

Much more than simple music albums, Wheelfall offers with each new release a new concept, a story presenting a transgressive vision on the reality of this world, around which different arts revolve: visual, pictorial, literary – the novel accompanying the double opus Glasrew Point (2015), the visual elements of the fanzine illustrating the story of “A Spectre is Haunting the World” (2020).

Combined with its independent and DIY approach, WHEELFALL promoting its albums via its own labels, the band develops a unique music and universe, which certainly sets them apart from the rest of the scene.