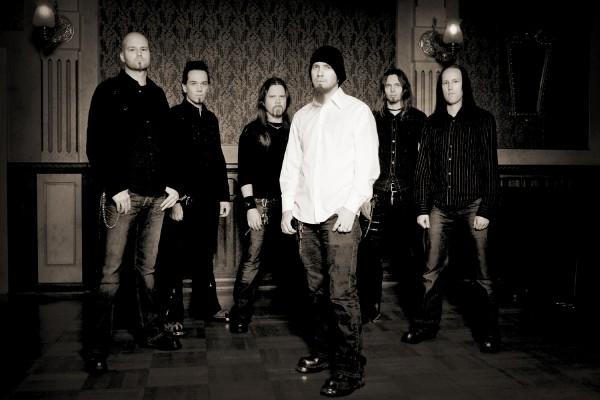 Greetings, SWALLOW THE SUN began it´s path through the world of music in year 2000. That means in years, when most of the critics considered doom metal as a dead genre. Not speaking about bands, which got rid of this style. What´s your point of view on the evolution of doom metal?
I have to say I don’t follow much doom or death/doom scene, so its hard to say evolution for last years. It seems that bands are bravely expanding the doom scene and I know its not good thing for ´pure´doomster, but who cares? There will always be true doom-metal bands who play traditional doom-metal and that’s a great thing too, so people will hear true roots of doom-metal. But if you just stick your head too deep in the ass of doom-metal then you will end up acting and looking like a donkeys ass, but donkeys ass can be beautiful too if you ´like´animals, haha!

Your musical production is really melancholic, but in some moments I can´t avoid hearing there some hardcore elements, guitar riffs, which make your music more heavy. Do you agree? Do you listen to bands like HELMET or LIFE OF AGONY?
HELMET and LIFE OF AGONY are both great bands, but its hard to say if you can hear them in our music. I like music that has really heavy riffs, but still keep lots of melody in it, that makes music more interesting for me.

I´ve seen you live for two times already (the last one was on this year´s Brutal Assault) and each time was a great experience for me. I would say, that it is pretty evident, that you are really plunged into your music. I also like your style of communication with the crowd before the stage. You don´t use some violent gesticulation or words, you just transmit the energy and mood. What do you think about bands, which use similar kinds of contact with the audience?
Its much better let the music do the talking than run around the stage doing high jumps, and lead singer talking more than singing. Too bad that seems to be the way today for bands to suck up the audience more than play. I can say I get really deep in the music at the stage and I like other bands that are willing to let the music take the lead and pass it to the audience. 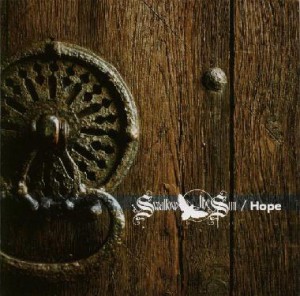 Day after your performance in you moved to British Bloodstock Open Air Metal Festival. Straight across whole . Was that difficult for you? Could you compare these two festivals from musicians point of view? Honestly, where did you like it more?
Brutal Assault festival was really great organized and there was no problem to get to the airport and hotels and we were taken really good care, so everything worked great there. I have to say we played a lot better gig in Bloodstock, but that was only because we didn’t have time to practise for Brutal Assault gig, so it in England next day we got the songs more right. But both festivals were absolutely great. I was really impressed the Brutal Assault festival area and kind people that I met.

You´ve played a lot of gigs last two years. I would say, that the amount of them is pretty unbelievable. You´ve also experienced shows in and . How was your music accepted in these countries?
North American tour was the best tour we ever done. It was really great to meet people that had waited us to come there for years and there was loads of really dedicated fans. It seemed that American fans were really open for all kind of metal music, or then there was just great audiences in every place we went this time.

This year you should release an EP “Plague of Butterflies”. Your first demo “Out of Gloomy Light“ should be a part of it. Will these tracks be re-recorded or .. ?
No, the demo songs are straight from the first demo and I have to say lots of things are better there than in the first album. There are some really cold vocals from Mikko in that demo, and the whole atmosphere is really dark and gloomy, couldn’t be more happy with the demo, even its done fast and played bit shit, but who cares. 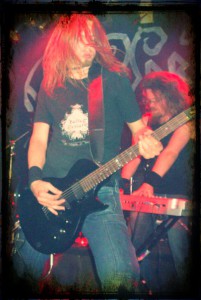 The digi-pack version of “Ghost of Loss” contains some kind of videorecord on DVD. Unfortunately, I´m not an owner of this release yet. Could you describe me the nature of that video? Don´t you plan to release a regular DVD?
I think there is “Descending Winter“s video and some footage from gigs, just to put some extra for people to see. Yes I think we will release DVD in the future, don’t know if its gonna happen after next STS album, but its on its way for sure.

Last year you released your third album. Let´s compare then. I would say, that “Ghost of Loss“ has a bit heavier sound than “Hope“. On the other hand, it comes to me, that “Hope“ is more raw, but with the same atmosphere. Where do you see the differences?
„Ghosts of Loss“ is the best album for me because its beauty, heaviness and darkness, Hope is more ´easy´ album to listen if you could say so about this kind of music But atmosphere is most important thing for us to get it right on the songs and albums, its much more important than playing every note perfect. Hope is more colorlful album, but Ghosts of Loss is deeper with its all grey shades.

You have never changed your line-up, if I am not wrong. Is this helping to keep the integrity of SWALLOW THE SUN? I want to say, that everytime I am listening to SWALLOW THE SUN, I feel your characteristic northern cold, dark romanticism and loss…
All the players in this band got their really unique style of playing and I cant be more happier the people I found for this band. We start to be on the point that know eachothers playing style so well that it needs not much words anymore to get things right, I’m really glad about that.

What´s the role of the women in your music? Are you inspired by love, their beauty, some memories? Eternal theme, I think ..
Woman and beauty have really huge part in our music and lyrics too. Well, usually the women are dead or ghosts in the lyrics, but its a women still, haha!

If your first two releases have very mysterious booklet designs, “Hope“ has some kind of a concept, which is not accessible to anyone, I guess. What should an ordinary man image, when he comes into intercourse with “Hope“ for a first time?
Cover of “Hope“ is a just simple remind that there is different doors in this life. You never know what lies behind every door, you can loose or get hope everytime you enter these dark doors of life, but there is no other way than open them and enter.

What´s the procedure of adding clean vocals into your songs? Do you build the tracks exactly for your lyrics or do you make vocals as a last step? I have to say, that you are one of not many bands, which know how to do it properly, hehe.
Lyrics come after the music, but usually I got the feeling of the song that comes from the theme and the name. Lyrics and music have to go hand in hand to create the good song.

Even if your music is really moody and melodic, your tracks are really well-balanced. Their lenght usually does not reach over 10 minutes, what is good for live presentation. Is this spontaneous or do you modify them because of the digestibility by the public?
Well if we would think what public usually want we would be doing 3 and half minute long songs, but we really don’t think how long the songs should be or should it be fast or slow. The ´faster´songs are a bit better to play in gigs and festivals if we don’t have full time to play, othervise we can only play like 3 songs.

I have to confess, that I as a Czech love Finnish bands like AMORPHIS, SENTENCED, ETERNAL TEARS OF SORROW, .. How it is possible, that is full of perfect melancholic groups? Did you think about it? With which Finnish band do you have closest relations?
I think every country have their onw unique style of atmosphere. So if you can add some of your country´s mood in the music it can sure will make you sound more interesting than try to sound like some band from the other side of planet. We know so many finnish bands that its impossible to name just one or two. It seem that got really good atmosphere between bands, there is no shit going on between any bands. Everyone help each other out if needed. 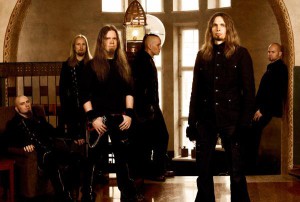 You come from the town, where the legend of ski jumping was born, Matti Nykänen. Does he have some kind of a statue over there? He was very popular over here in the past. Did you see the film about his life? I think it´s absolutely perfect ..
Hahaha, well Matti Nykänen really should have a statue in our home town, that’s for sure! He is one of the most fucked up person around in these days, and even more in the past. I saw the film about him and laughed through it, he’s my hero!!

What do you think about journalists writing reviews of your albums? Are there some differences between Finnish ones and the rest of the world? Where are your releases mostly appreciated and evaluated?
Its always interesting to read if someone got good point of giving good or bad review about us. It doesn’t effect anyhow to the music we are doing but sometimes you understand the things about your own music that you really haven’t think about with reviews. I don´t know what countries like and who doesn’t like us that much, but as long as reviewer has really listen the album, then it’s good no matter if he or she gives good or bad review.

Thanks for this interview. We are really looking forward on your next visitation of and recollecting our memories on your performance at Brutal Assault. Take care!
Thank you so much. It was really important for us to get to play in the festival, we had great time and the audience was fantastic, hope we could come back really soon. See you all.