Hello Ryan, how are you? How do you feel now; new album is out, so you must be satisfied, am I right?
I’m doing well, thank you. I am definitely happy with the new album, and the response has been very positive, so I’m grateful for that.

Is there any story behind the album? Maybe you can tell more about the lyrics and songs names, because vocals are few… Why do you prefer rather instrumental songs?
There isn’t an overarching narrative or theme to the album, but all of the songs were written in the same period of time and they kind of reflect a generally consistent atmosphere. I trimmed down the lyrics because the ideas I’m expressing with THE HOWLING VOID seem to lose some of their essence when I try to explain them with words. I’d rather explain them through music.

From your view; where’re the biggest differences between „The Womb Beyond the World” and „Nightfall”? You’re definitely more mature musician and composer so you maybe changed your access regarding something.
The biggest difference is the tone of the albums. „The Womb Beyond the World“ was very dark, and very bleak. I think that „Nightfall“ is more like „Shadows Over the Cosmos“ in that it has more of an ethereal, rather than chthonic feeling.

Where and in what do you usually seek inspiration and where can one most probably meet you in such moments? Is it in the nature only?
I find inspiration in nature, the past, and literature. I am somewhat of a recluse, and I spend my time reading or writing music in solitude. Most of the ideas in THE HOWLING VOID’s music come from Gnosticism, Neoplatonism, Heathenism, and other aspects of the Western occult tradition. 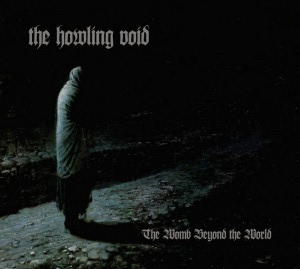 I think that the album will get interest not only by metal listeners; honestly, did you thought about during the recording or composing?
I don’t really think too much about that side of things. I feel very fortunate to have the group of fans that I do, and I appreciate all of their support, but I still feel like I’m writing for myself at the end of the day. I think that it is more interesting when I write something for myself and other people like it as well, instead of me writing just to please certain people.

„Nightfall“ is the next album under the wings of Solitude productions, so it means that you’re highly satisfied with their work?
Definitely. Solitude has been great ever since I started working with them, and they have helped to make my music more accessible to a wider audience. I am very grateful.

You come in on inner space of doom metal public and thence it follows some „troubles“ by recording. Did you feel a press on you? Some need to show, that THE HOWLING VOID are deserving?
I don’t really think about that aspect of the music, to be honest. It’s great when people find something meaningful in my music, and that’s something I think about, but as for how I fit in with the scene or how I relate to other, bigger bands… I just don’t think about it.

What do you think about Russia funeral doom metal bands? How you watch at Russia metal spawn? In compliance with my opinion it very expands…
It certainly is a fertile ground for this type of music, and there always seems to be something interesting coming out of Russia every few months. Very alive.

How would you describe the doom metal scene in USA and what are some good bands that you would recommend from your home country? How do you rate black metal scene in there? For example: I Think, then your music is a most popular in Europe…
THE HOWLING VOID definitely seems to have more fans in Europe, but I’m lucky to have fans worldwide. The doom metal scene in the USA is another very vibrant environment, with lots of new bands and different sounds. However, I mostly listen to older music and don’t keep up all that much with most of the latest developments. 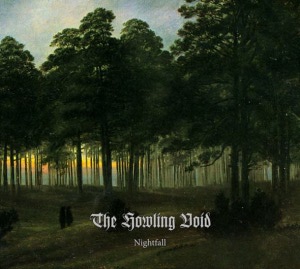 Although in R.U.M. zine we focus strongly on music avoiding any political issues I cannot refrain from asking you about how do you see your mother-country nowadays?
I have a very dim view of the world in general. I don’t enjoy politics and I try to keep my mind focused on a world beyond our own, not in this one. The world is a giant prison.

What are you listening to nowadays and what good books would you recommend?
I have been listening mostly to old American folk music from the 50s and 60s lately. I’m not very interesting in that regard. I would highly recommend Gnosticism by Stephan A. Hoeller and Return to the One by Brian Hines. Two very essential books that will give a lot of insight into The Howling Void’s themes.

Let’s have a think about the possible future of THE HOWLING VOID. Have you thought about it? Can we somehow predict in which direction you might evolve?
I’m not sure where the sound will go next. The „Runa“ EP was a stylistic change for me; it was more of a folk/doom EP, and I really enjoy that atmosphere. It was released digitally a couple years ago, but it is being released on CD by Avantgarde Music in the next few months. I am very excited about that. I hope to maybe someday take The Howling Void to the live setting, but the opportunity hasn’t arisen yet.

Would you like to say something to your Czech fans?
Thank you for all of your support, I truly appreciate it. I am fortunate to have many Czech fans and I am grateful for each one.