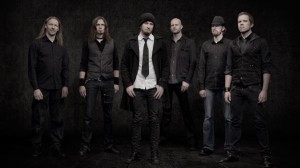 When Juha Raivio and Pasi Pasanen formed SWALLOW THE SUN in the quaint city of Jyväskylä before the turn of the millenium, the duo’s ambition was no wider than writing a few tunes in the vein of their heroes, MY DYING BRIDE. Between 2000 and 2003, SWALLOW THE SUN honed their doom-inspired songwriting skills and welcomed, with dark menace, gradations of death, black, and funeral doom—a Finnish pastime, actually—to round out the sonic scope. Like their chief influence, by the time the ultra-limited demo Out of This Gloomy Light hit label desks in 2003, Swallow the Sun defied easy categorization. “All I wanted is a channel to put these demons to rest and make a music that matters,” ponders primary songwriter Raivio from his woodland home. “Who cares if its doom or if it’s pop? As long as its 100% from the heart, then the goal is reached.”

Clearly, SWALLOW THE SUN was, in sound and sight, unequivocally from the darkest of hearts. After signing to small Finnish independent Firebox Records, Swallow the Sun rapidly became an underground sensation. The group’s debut album, The Morning Never Came, was a haunting reminder doom-death had legs after the Peaceville Three (PARADISE LOST, MY DYING BRIDE, ANATHEMA) had largely moved on.

Fans,sensing greatness in SWALLOW THE SUN, couldn’t get enough of the epic opener “Through Her Silvery Body”, the insanely dark “Out of This Gloomy Light”, and the Lovecraftian closing title track. By winter 2003, The Morning Never Came earned Top 10 placement in lists all over metaldom, while long-standing publications like Kerrang! honored the debut as “one of doom metal’s finest moments to date”. “We had no expectations at the time,” singer Mikko Kotamäki admits. “We were just a bunch of young blokes doing what we wanted. So, in that sense nothing’s changed, except we’re not so young anymore. Of course, it made us hungrier and now we are here with a triple album. More
passionate than ever.”

From The Morning Never Came through 2012’s universally lauded Emerald Forest and the Blackbird, Swallow the Sun’s ascendancy has been like no other. The group’s sophomore album, Ghosts of Loss, placed within the Top 10 in Finland’s Top 40 chart, sandwiched with woe between SYSTEM OF A DOWN and Gwen Stefani. The same year, Swallow the Sun was nominated by the Finnish 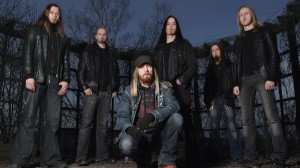 Metal Awards for “best cover art” and “best band”. Chart success continued unabated. With Hope—the group’s first for Spinefarm Records—Swallow the Sun burned up the Finnish charts, landing in the Top 3. But that wasn’t enough. When the Plague of Butterflies EP landed in September 2008, the 35- minute epic splashed at Number 1, cementing the group as serious contenders to NIGHTWISH, CHILDREN OF BODOM, and AMORPHIS. Follow-up full-length, New Moon, also placed easily in the Top 10 when it marched glumly into stores in 2009. Some three years later, Emerald Forest and the Blackbird also hit the upper echelons of chartdom, morosely peaking at Number 2. There was no stopping golden hand of SWALLOW THE SUN’s doom. Even in the U.S., where the group has had marginal label support, they completed successful tours with SOILWORK, KATATONIA, INSOMNIUM and KREATOR. 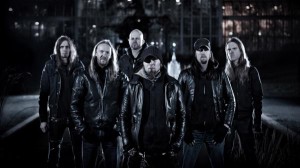 “During 2007-2012 we toured so much from our own pockets, it’s a miracle we’re alive,” says Kotamäki. “Some of us even have stable relationships, places to crash after all those years on the road. And now it’s time to do it again after a few quiet godforsaken years. I guess we’re still willing to risk it all.” SWALLOW THE SUN might not be labeled as risk takers, but they are. First of all, doom-death isn’t exactly a lucrative genre.Even MY DYING BRIDE had to re-prioritize the band years ago to make ends meet. Second of all, SWALLOW THE SUN touring the world—particularly the U.S., where costs are exorbitant—with limited label backing is no mean feat either. Third of all and perhaps most significant, SWALLOW THE SUN have announced the follow-up to Emerald Forest and the Blackbird as a triple full-length titled, Songs from the North I, II & III. The group’s sixth full-length isn’t a compilation, an anthology, a live overview, or a boxed set. Songs from the North I, II & III is a legitimate triple album. With it, they join THE SMASHING PUMPKINS, George Harrison, Tom Waits, among few others as artists willing to risk it all with a single release spanning three long-players. Whatever game SWALLOW THE SUN are playing with their music and personal sanity, it’s paying off. 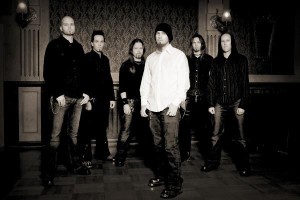 “It sure is pretty much full-on madness to do a triple album these days,” grins Raivio. “When bands want to release only one or two songs online because people would not have enough patience or time to listen full albums anymore. What bullshit. I think many bands are not respecting their fans at all to think that way. Or, they are just lazy bastards. I’m all about albums being whole experiences. Something you need to live through to be able really understand the depths and meaning of music and lyrics. Who would want to read a book just from the middle, or just watch the end of the movie? Music is holy, albums are holy. But it’s a triple album and all the albums make one big picture.One long journey through the light and dark. It is not a concept album that would have continuing story, but all the albums are connected to each other.”

Make no mistake, Songs from the North I, II & III features a complete Swallow the Sun experience.One album continues in the vein of Emerald Forest and the Blackbird and the albums before it. Meaning, it’ll be jaw-dropping, first-rate doom-death. Another album is an acoustic foray representing the group’s ability to unplug and enchant in the darkness. The final part of Songs from the North I, II & III is the most extreme, a complete ride into Swallow the Sun’s most horrific abyss. In the same vein as countrymen THERGOTHON, UNHOLY, and SKEPTICISM, the third part is finely-crafted, conscience-crushing funeral doom. “We have always been known for these words: gloom, beauty, and despair,” Raivio says. “That really says it all. As you get older and older, the wounds will just get deeper and deeper. The hell of living will take you into the depths you would never believe you have 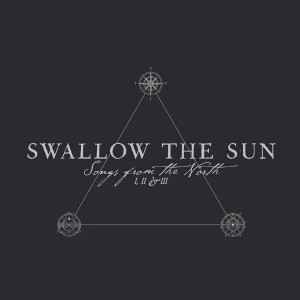 to travel in this lifetime, but at the same time you learn to respect the beauty more and more. All these things evolve. Like the music as the years pass. But I would give it away in a heartbeat if it would end these journeys in the dark. But it sure is good for the soul and heart of the music. No
great art comes without great pain. Sad but so true.”

Songs from the North I, II & III is SWALLOW THE SUN’s first for new label Century Media. Chuffed as Finland is cold in the winter, the Finns’ move from Spinefarm to Century Media was smart. In their new label, they’ll have a team dedicated to making sure Swallow the Sun’s black-hearted music is heard far and wide. Mostly written by Raivio following the Emerald Forest and the Blackbird tour cycle, Songs from the North I, II & III is an album that has taken time to perfect. Actually, that’s not entirely true. “To be honest, we could have released this album over a year ago already,” reveals Raivio. “I think 90% of the music was written almost two years ago, but we had huge problems with our ex-record label and we could not enter the studio and go ahead. But now we are in the wonderful hands of Century Media. Nothing is holding us back now.”

Indeed, SWALLOW THE SUN’s chains have broken. Even a drummer switch from Kai Hahto to newcomer Juuso Raatikainen won’t impede on the Finns’ venture. Whereas other doom-death metallers have made waves with violins, female vocals, and orchestras, SWALLOW THE SUN are making their mark indelible with Songs from the North I, II & III. “It’s such a massive album,” Kotamäki says. “Definitely not the easiest piece to swallow. I hope people will appreciate the amount of work we put into it after hearing it. It’s real music with real thoughts behind it. From uplifting to depressing and everything between. Like human life. No disposable shit.” In a world crass, judgmental, and myopic, Songs from the North I, II & III will expand minds, release souls, and cleanse hearts. Let’s fall into the all-encompassing dark of SWALLOW THE SUN together.