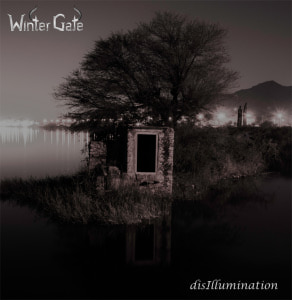 WINTER GATE from Jaipur, India is wallowing in the depth of Death Metal music churned out since the early ’90s. Progressive and melodic, the band recreates the glory of bands like Edge of Sanity with the melancholy of Katatonia, while retaining the classic appeal of Death Metal and all its power. Winter Gate is unparalleled in its country and to a great extent even worldwide where it comes to creating music with such finesse and poise. The melodic strains are ever so haunting and the pace is galloping, making sure the music remains relevant and memorable.

Biography
Formed in 2008, WINTER GATE, from the tourist city of Jaipur, India struggled with its music but overcame all odds to create classic Death Metal with soul and meaning. Finally in 2013, the band got signed to Transcending Obscurity India which gave WINTER GATE shows around the country and much needed exposure. In 2014, the band’s only release was finally pressed on CD and distributed worldwide via the same label’s network. The humble band from small-city origins is hopeful of leaving a mark around the world with its music that transcends boundaries and trends. Death Metal is capable of being expressed by one and all, each narrating a wistful tale of the turmoils of life, as exemplified by WINTER GATE.