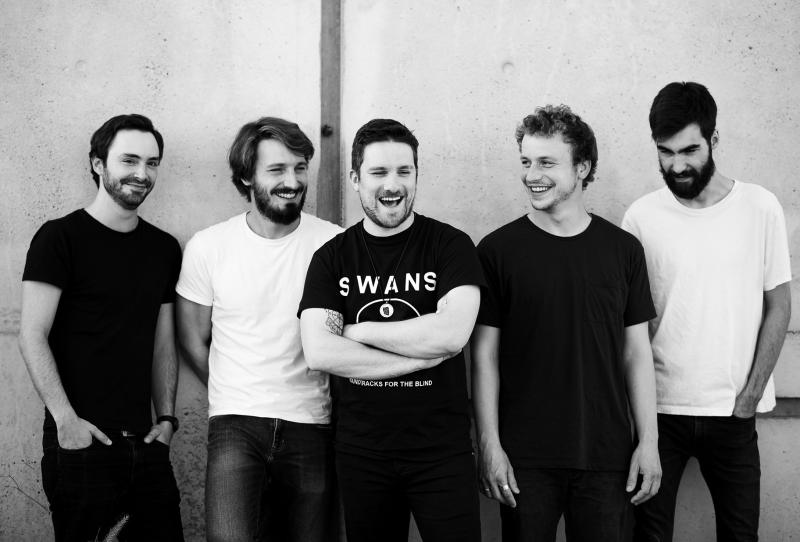 WHEELFALL is a constantly evolving band, combining influences from Post-Metal, Avant-garde Metal, Noise Rock and industrial music among other genres. You’ll hear in the band’s music the rage of a NEUROSIS, the heaviness of GODFLESH within tortuous and dissonant atmospheres evoking TODAY IS THE DAY.

Fabien, welcome after time! Given the events of the last couple of months, I guess the best place to start is to ask how you’re feeling at the moment? Times are bizarre…
Hi! Thank you, a lot, for having me here, it’s always a pleasure! Yeah, as you said, times are bizarre and really challenging. Honestly it changes a lot: I feel good in general, but like a lot of people I’m really frustrated and angry with how this crisis is handled, how alternative culture is totally left for dead (and we NEED it), the colossal waves of contradictory information… But we have to find a way through this and move forward!

Your music is very intensive. What themes did you have in mind when writing your new songs? Can you introduce “A Spectre Is Haunting the World” to our readers? Can you introduce of thematic “head” of new album?
“A Spectre is Haunting the World” is once again a concept album, telling the story of a quiet citizen who end up being on the verge of assassinating the director of the International Monetary Fund. The first track “1000 Ways to Kill a Man” is set 20 minutes before the murder, and every track after is one crucial memory that try to explain how and why this ordinary man ended up as a terrorist! The last track “Amplitude Death”, get back at the present time, so right after the action of “1000 Ways to Kill a Man” and end the story. 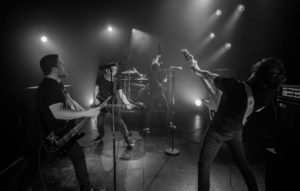 The writing of the album was really serene on my part, I really took time to try a lot of things, I wrote a lot of songs as usually, made a first selection and send them to the band. Even if I wrote and compose everything, it’s really important for me because I consider that I don’t have much perspective on my work. So, we discussed about the tracks, what works, what doesn’t work or was not necessary, basically. For this new album it took a little more time, sometimes I didn’t do anything for months and right after, I wrote a lot of music and texts… So, for me, I consider it maybe as the most serene, natural and spontaneous album I wrote until now!

When did you start the composing of this new album? Was there a kind of kick to start writing new tracks?
There isn’t really a “kick”, I think it’s more of a constant process: I compose a lot, it’s a routine really haha! And when I feel there’s something interesting that emerge somewhere, I feel like “ok, this maybe is album material”, and so I develop the thing. I am very good at throwing away a lot of songs haha! For the concept of the album, we were at an after party with Niko (who recorded the drums on the album) and he showed me a debate between Aurelien Barrau (a scientist) and Alain Damasio (a great SF writer) and they were talking about how our society is leading our world to collapse. At one moment, I just said to Niko “seriously, it would be very possible, in the world we live in, that someone really desperate and fed up with all of this, will end up killing someone important or symbolic just to make a statement”. And several weeks after I kept thinking about it, and I thought it was a really interesting and relevant to tell this story. It was fall of 2019, I think!

Have you managed to get any new experiences as the time passed during the creative process?
Absolutely, it was really unique I think: Niko recorded the drums at the end of summer 2019, and for some reason, we didn’t record anything until April/May 2020… And this was during the first lockdown in France! So, I recorded everything myself during that time, and as there are a lot of instruments and textures on this record, I thought it was relevant to mix the album myself. I knew everything about the tracks, how they work etc, so the others were totally ok with this and were really supportive. It really was a lot of work, I wanted to marry the industrial side of the music with a true organic energy, so all the drums are all natural, and I can assure you I put a lot of pressure on myself haha! But I am really proud of the outcome… It’s almost intimate for me. 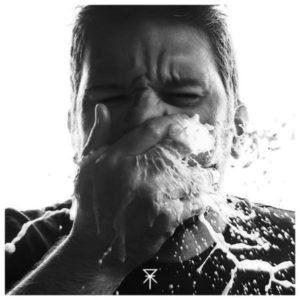 I think that every new record of WHEELFALL is big adventure for a lot of fans. Do you agree? What’s the differences between last records and “A Spectre Is Haunting the World”?
I think you are right… I hope haha! I still think there is a strong connection through “Glasrew Point”, “The Atrocity Reports” and A Spectre is Haunting the World, but yes, they are different for sure. WHEELFALL is a not a project where I want to repeat myself, each album (starting with “Glasrew Point”) is a product of the context I live in, and then it’s something absolutely true. We all evolve through the years, the society too; we all listen and discover new music and all of that is incorporated in my music! “Glasrew Point” was a very narrative album, musically (and literary of course, as there was a novel with it), with a lot of atmospheres, of leitmotiv. Almost an opera-metal/ambient in fact! For “The Atrocity Reports”, which was a difficult album to create honestly, the punk side took the upper hand: it has to be brutal, straight to the point. And for A Spectre, I think it kind of combine the whole thing: I wanted a 40min album with absolutely no filler, everything not necessary was trimmed, but it had a strong narration too, and a lot of diverse atmospheres, a lot of things going on. This one comes with a fanzine in which 8 different artists illustrated the 8 tracks of the album! The fanzine format was important for us, and it’s a nod to punk and industrial movement which is a strong part of WHEELFALL DNA. They artists had carte-blanche to do everything they wanted, and we are really glad of the outcome. We are lucky to have worked with these artists.

I think that your music is about never-ending experimenting… It’s very fannny… for me… 🙂 But a lot of fans and bands prefere old school metal genres. Why? Is it end of evolution of metal music? Or cheap resignation only?
Thank you! Yes, we all see that the mainstream part of metal is a very conservative genre… It’s a genre that becomes to age I think, and some think that what worked in the 80s-90s can work now, but it’s irrelevant. In these gold days, metal was a reaction to what surrounded them, it has to be extreme, to shock, to be fun and deviant, and what shocked the world 30 years ago can not be the same as now, simply. There are always a lot of things happening in the underground, so maybe the big labels have to take risks for once and bring fresh blood to the big stages! 2020 was an excellent year for extreme metal I think, so clearly, there are a lot of things to be done! 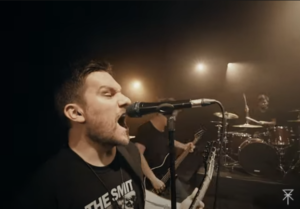 What kind of music do you prefer of these days?
I listen to a lot of music, but mostly ambient and contemporary music along with extreme death metal, grindcore and punk-hardcore. With a touch of pop music. Of course, I can’t have a week without listening to an album of Swans for example haha, we all have our obsessions!

We find ourselves in strange times the world over. How are you holding up in the global Covid-19 crisis? What do you think about situation in France?
Ha, big subject… Honestly, I think these times are really mad. It seems nobody knows what to do and how to do it. In France I feel that the government navigate by sight. We don’t know where we go at all! What bothers me a lot is the state of the alternative culture: it is slowly dying and no one seems to care… But alternative culture is extremely important to bring an alternative thinking on all of that, to help us think differently and ultimately, to think better. I don’t have solutions, but we have to really be careful with that in this crisis. There is this “no future” atmosphere which is really different that the “no future” of the 70’s… These are unique and important times in our history, the actions we do know will be really important for our future.

WHEELFALL is now busy for nearly years. How did you see this band evolving all over the time and do you still have some new challenges?
The never-ending challenge is to still be relevant and honest for every album! I’m a very lucky to have in the band some extraordinary musicians and artists, who are also some of my best friends. Even if the line up changed sometimes, it’s just a very healthy relationship and everyone bring something to the band! I simply wish to keep it like that and keep pushing the limits of our comfort zone.

Did you obtain any proposal to play in Czech republic?
For now, we didn’t have the opportunity to play there, unfortunately!! But I really wish we could make as soon as it will be possible to play live!

Fabien, thanks very much for your time.
Thank you again!