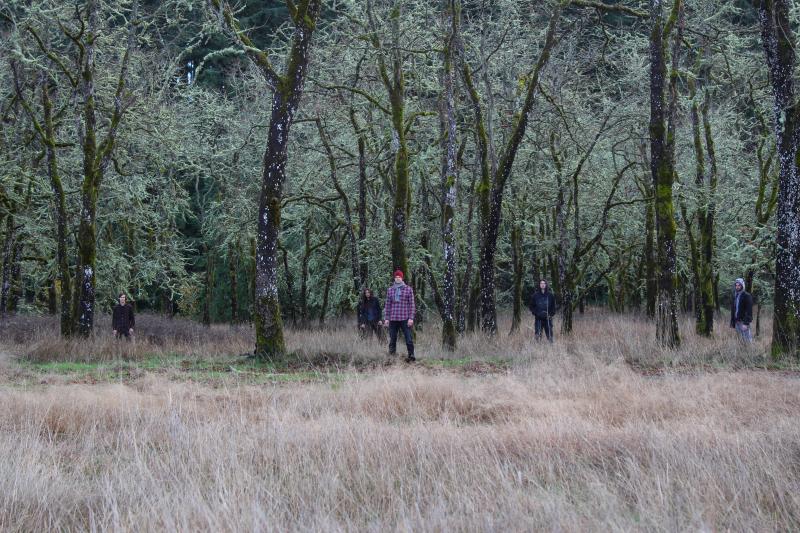 About VOIDTHRONE
VOIDTHRONE is a malicious, dissonant black death metal band hailing from the darker corners of Seattle, Washington, USA and was born in early 2016. VOIDTHRONE released its first album, Spiritual War Tactics recently and it has received very positive, impassioned reviews so far. The lyrics from this album center on the themes of exile, isolation, and vengeance. A disturbing number of listeners have remarked on sensation of chaotic desolation and hell evoked by the dark music and despicable vocals. VOIDTHRONE writes music to make the listener feel curious yet uncomfortable. 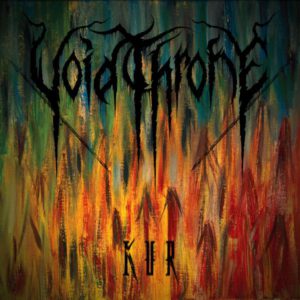 VOIDTHRONE – “Kur” album information
Seattle-based unconventional dissonant black/death outfit VOIDTHRONE arise again with a new offering of brain-scrambling darkness and terror – “Kur”. The album is set for release on Friday, May 4th. It is a worthy follow up to the group’s inventive 2016 album, Spiritual War Tactics, which received high praise from many outlets worldwide and was described as “…punishment in blackened death form, reminding me of Ulcerate crossed with DEATHSPELL OMEGA.” by Svbterranean and praised as “Glorious Darkness” by Headbanger Reviews. No Clean Singing effusively commented at the time that: “VOIDTHRONE succeed in creating an atmospheric shroud of chilling horror and ravenous fury, mixing cadaverous roars and blood-curdling shrieks, claustrophobic crawls and blood-spraying frenzies — but there’s a lot more going on here than doom, derangement, and violence.” Against The Fragmentaire summed it up as, “if you ever go on a journey through some barren desolate hell-hole, this is THE must-have soundtrack to heighten your despair.”

After releasing Spiritual War Tactics, VOIDTHRONE added new members to their ranks and immediately began working on new music that would evolve and grow over time into the intricate and ambitious work of bleak extremity that is “Kur”. Musically, “Kur” is difficult to dissect in simple terms. The album’s four tracks carve an amorphous path in many directions. They draw from a wide palette of influences that include DEATHSPELL OMEGA, GORGUTS, MORBID ANGEL, HYPOCRISY, GOJIRY, NAGLFAR, TRIPTYKON, BATUSHKA, IMPERIAL TRIUMPHANT, GORGOROTH, ZHRINE, NAILS, THE BLACK DAHLIA MURDER, ORANSSI PAZUZU, and RUINS OF BEVERAST. 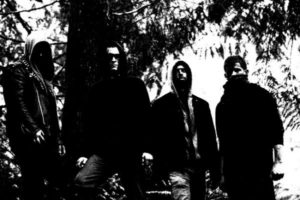 VOIDTHRONE statement about “Kur”
Musically, “Kur” builds on Voidthrone’s previous release. It contrasts established, repeated central riffs and textures with the drawn-out onslaught of sounds unfamiliar to the listener. It is with this approach that we strive to master a very certain art: that of the journey from beginning to end, from substance to emptiness. This requires embracing the emotional lows equally well as the highs. We write what feels natural to channel, but unnatural in relation to mainstream extreme metal. Our goal is to create unique and dissonant music that retains traditional elements of our genre without a pretentious air.

Lyrically, the album is an exploration of isolation and desolation. The songs touch on utter psychological collapse; an untethering from the reality, society, self. “Kur” begins from the perspective of an everyman, focused on some MacGuffin of enlightenment- religious, personal, scientific, universal, etc. As with any monkey paw story, there is a perverse result- obsession, madness, and unholy subterfuge. The concrete narrative quickly melts away into expressionistic confusion and chaos. The meaning and music assimilate and fully delve into tones of frantic terror and seething psychological sickness. By the end of “Kur”, it is our intent to leave both listener and performer drained. Within this receptive exhaustion, we leave a spark- a seed of discontent that rejects normality. A hunger engendered for the other side of the veil. Beyond which- an absolute darkness, filled with Lions and Tigers and Bears. Oh my!

The album cover is an abstract painting created by the band at the beginning of the songwriting process, before we had started writing music. It is a visual representation of the root feelings that we used as the groundwork for the aural assault of “Kur”. It is the preface of the chaotic emotional state that we aim to cultivate.