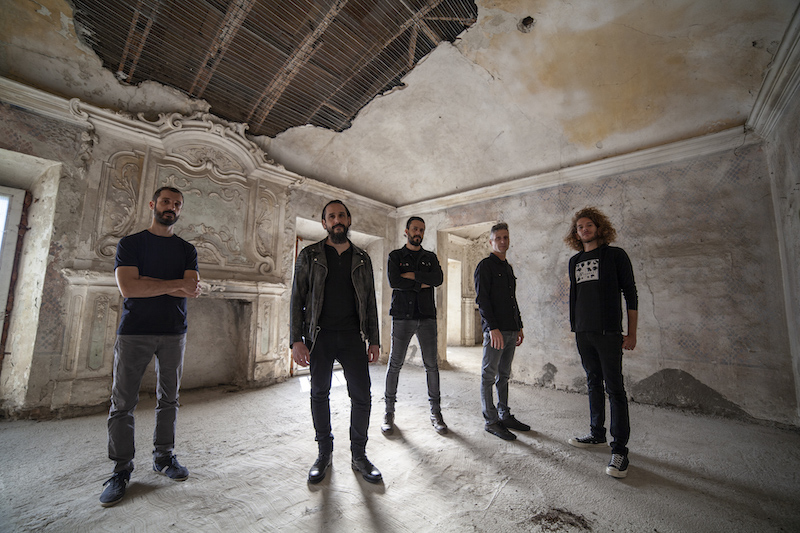 Forged in Ravenna, Italy, in 2010, VOID OF SLEEP – guitarist Gale, vocalist/guitarist Burdo, drummer Allo and bassist Paso – conjure a cosmic amalgam of stoned out, progressive sludge rock where epic rhythms melts into bottom heavy doom breakdowns, complex time signatures and psychedelia. Following a three-song promo EP, Giants & Killers, which garnered the attention of Italian imprint, Aural Music, the band released their full-length debut, Tales Between Reality And Madness, in 2013. Crowned, “adventurous, intelligent and refreshingly addictive,” by Teeth Of The Divine, and an, “underground gem worth discovering” by Metal Underground, the record proved wholly engrossing both sonically and thematically with lyrics exploring the darkest corners of the human psyche, oneiric visions and lysergic nightmares.

With New World Order, released in late 2015, VOID OF SLEEP continues their multi-faceted, audio journey towards oblivion, featuring a new sound more complex, more sludgy but even more melodic and more progressive. The seven track concept album was captured by bassist Riccardo Pasini (Ephel Duath, The Secret) at Studio73 in Ravenna, Italy and mastered by Collin Jordan (Eyehategod, Indian, Wovenhand, Voivod etc.) at The Boiler Room in Chicago, Illinois. Reaping the approval of fans and critics both stateside and abroad, New World Order landed at the #12 position on MetalSucks’ Top 15 of 2015. Dead Rhetoric hailed a record that fell, “somewhere in the netherworlds of sludgy doom, proggy doom, and occult doom,” Outlaws Of The Sun warned, “embrace the darkness as New World Order is a stunning record”, while Metal Temple, in an 8/10 score, called New World Order, “simply captivating”, the album was also included in different charts among the best albums of 2015 in several webzines and magazines, like MetalSucks or Metallus.

In 2020 Void of Sleep present the third album titled “Metaphora”, introducing a revamped line-up featuring new bass player Andrea (Nero di Marte) and Momo (Postvorta) at the keyboards, here’s a statement from the band “We live in a time of rekindled fear and hatred, of social relations and civility in crisis, of apathy and marginalisation. Metaphora translates the way we see this world into music. After an extended incubation period, the tracks finally took shape, with the completion of our new line-up, and the result is an album that’s extreme in every sense of the word. An album that is as melodic as it is brutal, full of tension and epic! Metaphora raises the bar by opening doors to new sounds to our existing sonic vocabulary. It is definitely the most eclectic and complete chapter of our musical journey to date.“