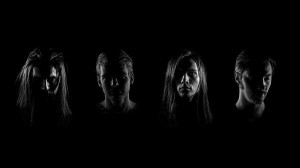 After having released their sophomore album Solace in 2014 through Nordavind Records, Triton’s Orbit gives a new face to this desolate and melancholic record, presenting it with the original CD inside a brand new slipcase with artwork by norwegian artist Kim Holm.

The Slipcase edition of Solace will be limited to 50 units and is now available for pre-orders at this location: https://tritonsorbit.bandcamp.com/album/solace/

Formed in 2008 in Bergen (Norway), the music from VINTERBRIS is highly inspired by groups such as PRIMORDIAL and MONSORROW while retaining its own atmosphere and originality.