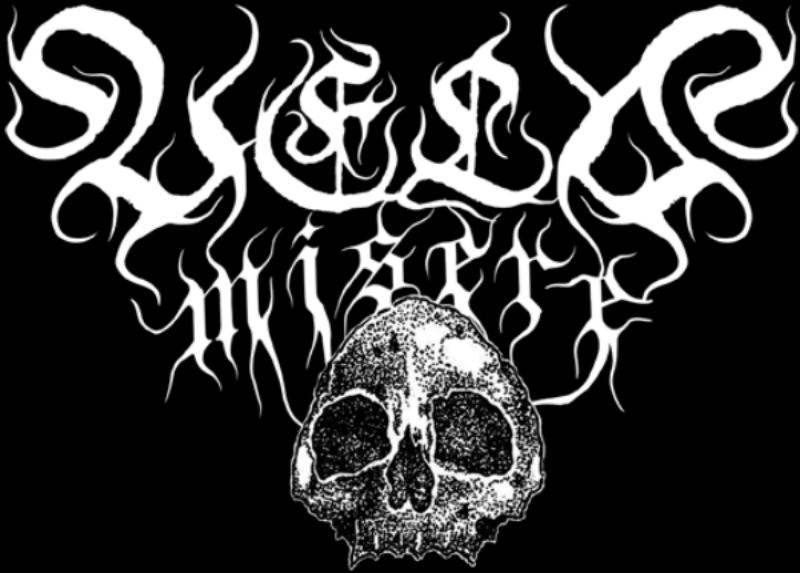 Hi! Since VELO MISERE is a brand new constellation on the Spanish black metal sky, I would like to ask you to briefly tell something about your project.
There isn’t much to say, we’re just a pack of Black Metal devotees that know each other mainly from playing together in different bands in the past, and that at some point decided to put some ideas in common.

So far you have on your account only a debut demo “Compendio de trágicos presagios” containing four songs just simply named I – IV. Is this a conceptual story? Does this demo contain all the songs that have been created under the name of VELO MISERE or is it the selection of the best from the bigger whole?
It’s not really a conceptual story but all the lyrics and music are influenced by the same feeling of tragedy and drama, that’s the link between the four tracks. This demo contains the first material we composed together, and also includes many riffs and lyrics that some members had created prior to the formation of the band. So we were trying to find a point where we all agreed in our vision of how BM should be. Some ideas were discarded or modified but these are the first four complete songs we made. 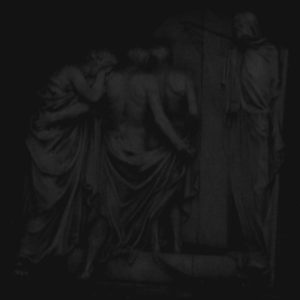 You recorded the demo in The Empty Hall* studio. How was this recording process running?
Nothing special to be mentioned except that the studio is run by one of the members, so we were able to take the proper time to think about the kind of sound we wanted and work until we found it. Once we rehearsed enough and had all songs completely ready, we hit the studio one by one during a few days…

On the MC cover is stated: “VELO MISERE represents the thin veil that separates the sane from the insane, the dead from the living…”. Describe briefly this statement. Can it be understood that the band is some kind of a bumper protecting your inner world from a cruel reality?
That sentence is a metaphor to express a terrible feeling of duality inside of us. Sometimes you can feel that life and death are really the same thing. Also that death in any of its aspects determines or influences life. Not understanding this absolute phenomenon produces essential inner battles. Composing and creating music is some kind of therapy, some kind of necessity to expel all the frustration that we have to experience in the everyday existence.

What is the text concept of „Compendio de trágicos presagios“ about?
Demo tittle can be translated to ‘Compendium of tragic presages’, and lyrics are mainly about anguish, terror, the unknown,… That produces death thoughts, dreams, feelings,… Or the fact you are alive. The phrase that accompanies the cover (approximate translation would be “Temple of truth is the one you are looking at. Do not ignore the voice that warns you that everything is illusion except death”) again represents the funeral aspect of the band. The sentence is attributed to the spanish Romanticism writer Mariano José de Larra and is usually found written at the doors of many cemeteries in Spain.

The demo was released on MC under the title Triumph of Death. Are you planning to release it also on another medium, or will this cassette form be the only one?
There are no plans at this point, and we’re constantly focussed in creating new songs for upcoming releases, but any offer could be considered.

The cover of the demo is adorned by for this kind of music a rather unusual appearance of the tall tree alley. Why did you choose right this theme? Is there something more that is hiding in the resulting form of cover?
The cypress is a very common symbol of duel in European soil in general. They guard cemeteries, so that photo adds a funerary vibe that fits perfectly with the thematics of the band. It has also a touch of immortality meaning, because of its longevity. So we wanted to express the welcome to the eternity of death and as entities that will take care of us once we have left… By the way, this photo was taken in the cemetery of Guadalajara, considered one of the most beautiful ones here in Spain. The picture in the inner part of the booklet was also taken there, and it’s a big marble sculpture (attributed to Manual Garnelo) that represents three deceased crossing the threshold guided by the Death.

Yet to cover of the demo: the unusual thing is also the logo, which is not on the cover but on the plastic MC box. I admit that printing it directly on the cover would be more a little bit damaging. Did label come up with this unusual idea or was it the band?
It was an idea of the band. We thought that aesthetically it added an extra point to the edition, and that way it wouldn’t destroy the cover picture, as you said.

What about VELO MISERE and live performances? Are you active in this matter or is it pure studio project in your case?
Not a studio project, we rehearse every month and constantly develop new compositions together. Although we’re definitely more focused on creating-rehearsing-recording, we are open to live performances but we’re very selective with this matter. We prefer to invest our efforts in only few appearances with the proper organization and bands, and of course with the right audience that will understand and appreciate this music. Until now, we’ve only played one gig, concretely with the portuguese INTHYFLESH here in Madrid earlier this year.

Besides VELO MISERE you are active also in a lot of other projects. Try to briefly tell something about these names.
Yes, we are all active musicians that participate in several Black/Death Metal bands, some of them as unknown members, others are ‘publicly’ known. As I said before, we’re BM devotees and art enthusiasts in general, so we’re always creating new songs, working on lyric concepts, collecting music, we own studios, labels… it’s what keep us alive (and close to death at the same time). Half of the information can be easily found on the internet for those who may be interested, but we’d like to keep the spotlight on VELO MISERE for this interview.

Uncover a little bit the plans for the future. I know that you’re preparing a new EP that should be released under Hexencave Productions. What kind of material is involved and in what are these new compositions different from „Compendio de trágicos presagios“?
We’ve been working in another four tracks that will be released as an EP of about 24 minute’s length. This material is basically a developed version of what we did in the first demo. Musically and lyrically it follows the same path, but those common ideas we mentioned before are more defined, we know better what we want for VELO MISERE, and so we have created four absolutely great songs, each one contributes with something different, no filler riffs or lazy lyrics, it’s diverse but cohesive, and we still keep it fairly raw and primitive.

We’ll be recording this stuff during December and January, and hopefully it will be released during March-April 2018. As you said, this will be out through Hexencave Productions, which is a label we already had in mind since our first demo because it has released a bunch of bands we enjoy (such as KULT OFENZIVY, SHADOWS GROUND, GORRCH, KORIUM, EVIL, just to name a few…) so we’re looking to see that edition already out. There will be also a tape version in the USA by Humanity’s Plague Productions.

Thank you for interview. Something at the end…
Thanks for the interest in the band.