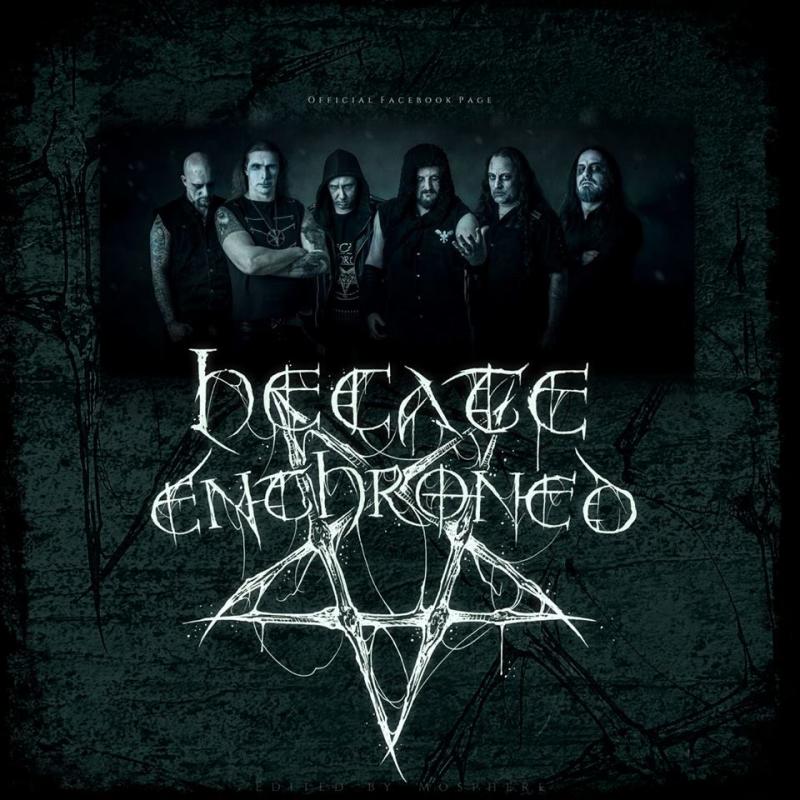 The North West, UK-based blackened death metal sextet HECATE ENTHRONED – whose ‘brutal epic scornful metal’ has earned extensive acclaim over the past two decades – have signed a worldwide recording contract with the American label M-Theory Audio. The group plans to release a new album – their sixth full-length, and first in five years – in January. More information about the recording will be revealed in the coming months.

Originally co-founded in Wales by guitarist Nigel Dennan in the mid-1990s, HECATE ENTHRONED is dedicated to delivering their own brand of evil metal with little regard to politics or the trends of popular demand. The group’s 1997 debut full-length, the Andy Sneap-produced “The Slaughter Of Innocence, A Requiem For The Mighty” (Blackend Records), was a seminal release in the then-burgeoning orchestral black metal movement. Since then, several full-lengths and EPs and numerous live performances have firmly established the band as one of extreme metal’s most important voices, a sentiment that the group’s forthcoming album will surely reinforce.

“It is with a great amount of pride that we announce this deal with M-Theory Audio,” says longtime bassist Dylan Hughes. “We feel M-Theory is the right label to take the band on to where we want to be, and we have total confidence in them to handle the new album as it deserves to be. Marco’ s reputation and character is second to none, and we look forward to working and developing together. Along with Extreme Management Group, we have a great team behind us and can honestly say that this marks a new era for HECATE ENTHRONED. We would like to thank all our fans for their patience during these months of uncertainty around the new album but be assured – the wait will be worth it.”

HECATE ENTHRONED will next perform live at the MetalDays festival in Slovenia on July 23 alongside the likes of BEHEMOTH, SKELETONWITCH and CARPATHIAN FOREST. The group has also announced a September 15 headlining show at London’s Black Heart. Advance tickets are on sale now for just £8. Additional tour dates will be announced in the near future.