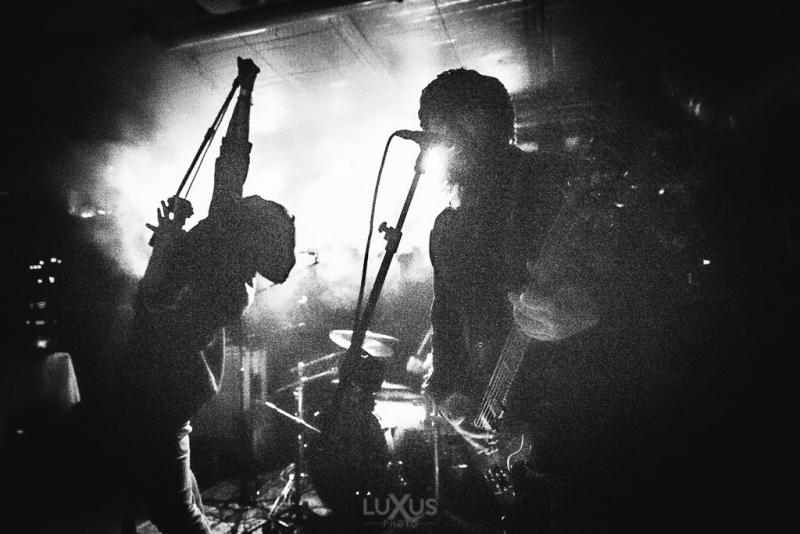 The three-headed terror machine from Warsaw, a.k.a. TRUP, strike with their sophomore album. The record carries an enigmatic title ‘KE’ and consists of fourteen intense tracks that hit your face with an insane mixture of noise, grind, death metal and black metal. This sonic tornado explodes in your face with spontaneous arrangements, vibrating tempos, frenzied vocals and raw sound. All these features make ‘KE’ a vibrant, as well as uncompromisingly expressive material. You can say a lot of things about TRUP – call them specific, over the line, cacophonous, unbearable… But you can’t just walk by them emotionessly because they’re definitely one of those “love them or hate them” bands.

Ready to be hit by the raging sonic juggernaut? ‘KE’ will be released on November 11, 2020. The album is available in standard jewel case CD version and digital format.

The band comments: “‘KE’ is a result of two recording sessions, both at Mustache Ministry studio in Warsaw, Poland – the first one took place in late 2019 and the second one in June 2020. Our previous album, ‘Szmula,’ was an attempt to create a new path for the band, and at the same time we wanted to sneak in some amok into our sound. ‘KE,’ however, was our way to release our rage and fury. We still aim to make improvised music without any boundaries. The tunes you can hear on our new album are the initial versions of the songs – no overdubs, no composing, no lyric writing. If you like the music, just write your own words about your own problems… or don’t. At the end of the day, it’s all about the noise.”