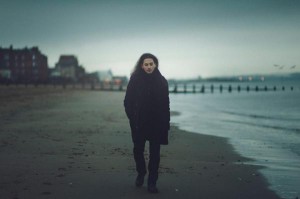 THY CATAFALQUE have rarely done obvious music. Mastermind Tamás Kátai prefers to compose lasting songs that demand patience and only slowly reveal their stunning beauty and sinister depths. With his sixth album ‘Sgúrr’, the Hungarian achieves an even more balanced and subtle approach. Continuing on the course set by previous full-length ‘Rengeteg’ (2011), the multi-instrumentalist weaves a colourful tapestry of sound with strands of metal,folklore, rock and even some jazz as well as pop. The dark roots of THY CATAFALQUE can still be glimpsed as the project started out as a black metal band founded by singer Tamás Kátai with the aid of guitarist János Juhász.

From their joined debut ‘Sublunary Tragedies’ (1999) on, they continued to evolve into a sonically quite different beast, gaining glowing reviews and a growing number of adherents through ‘Microcosmos’ (2001) and the self-released ‘Tűnő idő tárlat’ (2004). On their fourth album ‘Róka hasa radio’ (2009), Ágnes Tóth from neo-folk outfit THE MOON AND THE NIGHTSPIRIT contributed haunting female vocals. With ‘Rengeteg’ Tamás Kátai went solo and hired guest musicians, including once again the talents of Ágnes Tóth. Dubbing his eclectic musical amalgamation avant-garde metal, the Hungarian began to impress a global audience. With the sweeping new album ‘Sgúrr’ backed by amazing new guests, THY CATAFALQUE are ready for the next step. Join the cult!