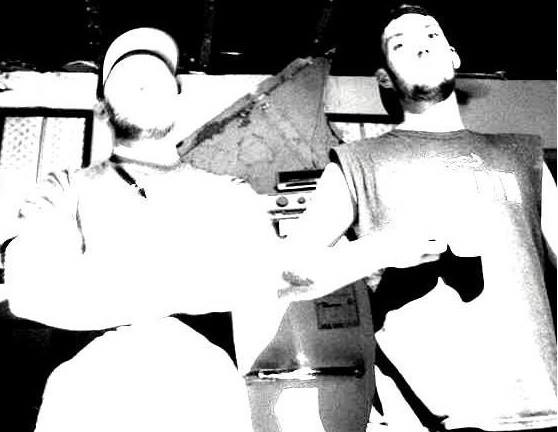 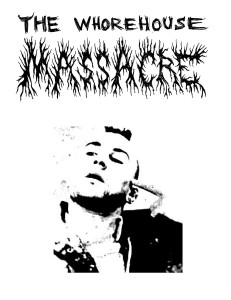 Where have you taken the band name THE WHOREHOUSE MASSACRE?
I created the band name based on serial killings and two very influential films I was watching at the time. The films were ‘Taxi Driver’ and ‘The Texas Chainsaw Massacre’.

Would you say that is message behind THE WHOREHOUSE MASSACRE? How would you describe your music to someone who has never heard it before?
I leave the music open to interpretation. Themes that can be found in the music include murder, end times, and criticisms of society. The music is generally Sludge with sometimes some doom or death influences. 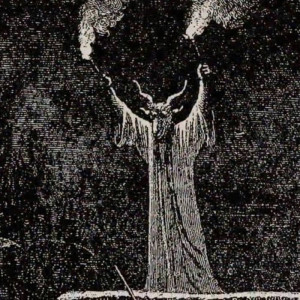 What does metal art mean to you? When you first started making music, which band influenced you the most?
I have had album reviews printed and published for over eight years, I worked as an on air radio DJ for four and a half years, and I have been playing in THE WHOREHOUSE MASSACRE and other bands for over ten years so Metal has always been a big part of my life. The bands that influenced THE WHOREHOUSE MASSACRE the most were ULTRALORD, FISTULA, and NECRODAMUS.

Do you have an idea where you would like to push the band in the future?
I will continue recording for THE WHOREHOUSE MASSACRE indefinitely.

Why did you choose Transcending Obscurity release “Altar of the Goat Skull / ​VI? Did you receive any offers from various labels around the world?
There are many labels that I have worked with in the past that could have released these recordings but Transcending Obscurity is a new and exciting label from a part of the world that I find intriguing. I am very fortunate to work with Kunal.

Do you play many live performances?
We have played live performances for the past five years straight. I do not currently plan on playing any live shows at the moment but that could change.

Here in Czech republic we don’t hear much of the Canadian underground metal scene. Could you give us a short overview? Maybe some band tips? What does the live of an underground fan in Canadian society look like…
No I don’t pay attention to Canada’s Metal scene. I don’t like to get involved in scenes or scene politics or popularity contests. When you live in an area I find it best not to pay too close attention to the scene or else you could get sucked into scene drama or soap operas that could happen.

What do you think about the actual metal scene both in Europe and States?
I think Europe and the United States Metal scenes are very strong due to how long they have had to develop. There is more diversity in regards to the amount of genres in each area. Because of this there is more Sludge and more Doom in both the Europe and the U.S. I mainly listen to Sludge and Doom with some Hardcore Punk occasionally as well.