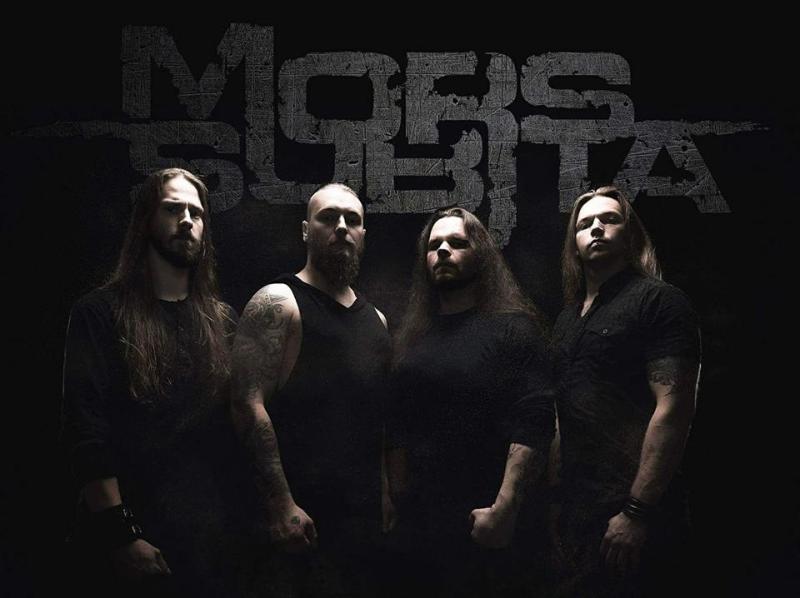 Critically acclaimed and internationally noticed album “Into The Pitch Black” includes ten most crushing songs in the band’s history. These musical pieces set a new course for modern melodic death metal sound and production wise. The fierce ensemble showcases the renewed MORS SUBITA and promises not to disappoint even the most hardened melodeath fan.

All the instruments at the album were recorded at the Demolition Center in Oulu by the founding member and guitarist Mika Lammassaari except for the drums which were captured by Ahti Kortelainen at the legendary Tico Tico Studio in Kemi (SENTENCED, KALMAH, MORS PRINCIPIUM EST, etc.). Post-production, mixing and mastering for the album was done at Illusia Productions by Stefan Pommerin, who brought some of his own ingredients to the already crushing recipe, resulting a totally new and modern dimension for the music.

“The album was released worldwide via Inverse Records, where the most hard working professionals, Joni Kantoniemi and Ari Pietilä provided a solid founding and resources for the band to work as efficient as possible.” – comments the band’s bass player Mika Junttila.