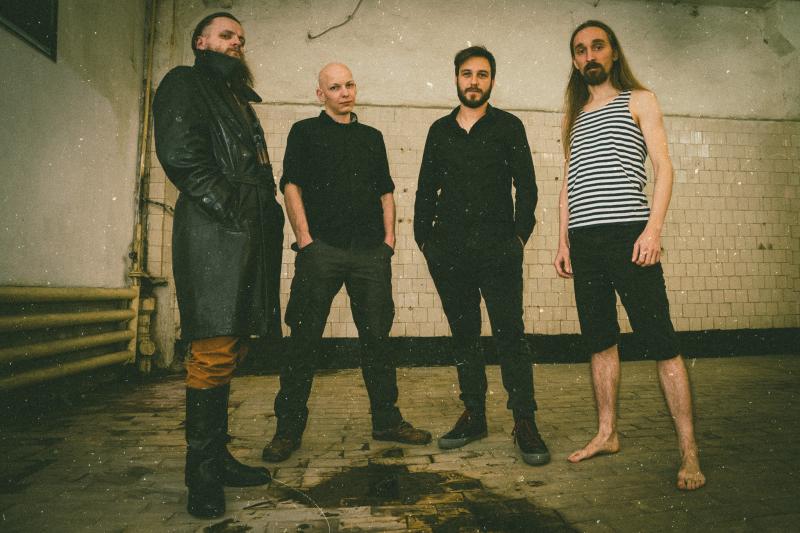 Godz Ov War Productions officially announce yet another carpet bombing scheduled for February 2, 2019. This part of the spring siege will be carried out by Tankograd, a formation hailing from shellshocked Poland, founded in 2015 and now comprising former and current members of such troops as MAJOR KONG, DOPELORD and LOATHFINDER.

Tankograd’s debut full length ‘Totalitarian’ was recorded at Nebula Studio in November 2018 by Maciej Karbowski, and further mixed and mastered by Haldor Grunberg of Satanic Audio. It is a totally unobvious, intriguing and engaging, fierce and merciless psychedelic doom metal attack aimed at all the kolkhoz children out there, wrapped up in a digipack CD shell, with a cover and layout by Michał Skuła.