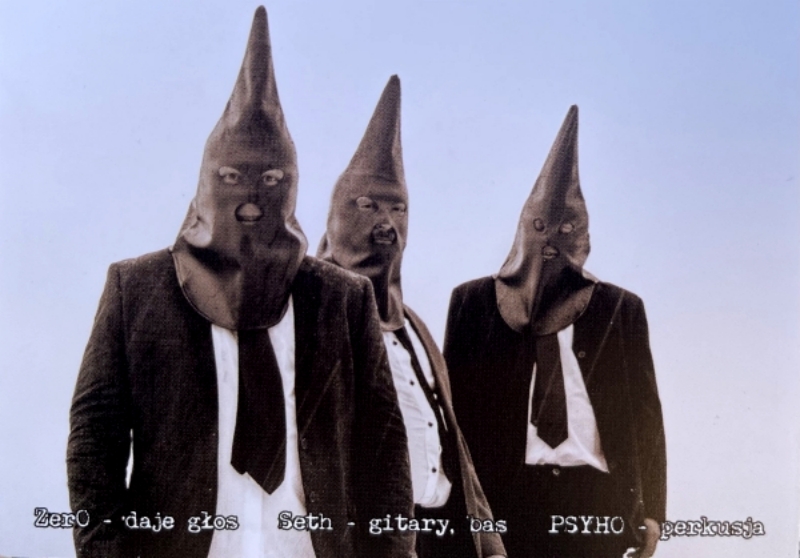 Helllo, welcome! What is the overall concept of the band? Why did you choose the name SZNUR? And why unlike many Black Metal bands you talk about naturalistic themes and others?
Zer0): Hello. Well, first of all the world is completely different today than it was in the 90’. I mean here the second wave of BM. Today diabolical or medieval themes seem not to be so true to me, as it was 30 years ago when metal bands begun to explore the dark side of human nature. Nowadays we know much more about ourselves and we have more courage to look at ourselves without those masks of demonic or hellish myths. Humans are much more terrifying and fucked up than all those devils and myths put together. I also think, it’s a natural way, kind of evolution of general metal themes. If you want to unleash some true emotions, you can’t tell some fairy tales about fallen angels. Today’s listeners won’t buy it. But the story about pair of bums who put an infant into the oven creates some emotions. And this is what it’s all about SZNUR – the emotions. It must make you feel anxious. At the same time we have a great respect for all the bands that are more traditional. We are maybe not much more original but for sure more interesting. 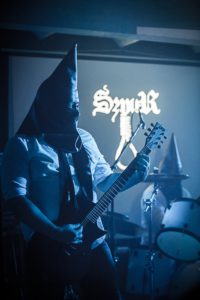 Your music basically consists of black metal with classic metal, rock and punk. Can you give some insight what influences and inspires you?
Zer0):Each member of SZNUR listens to different music. So we’re inspired by many, many things. For sure you can find here a lot of classical black metal, death metal or punk. However we try to keep it all in homogeneous style. We want it to be consistent – the music, the cover artwork and the live image.

Can you talk a little bit about the band, how you came together, influences and what your future goals are?
Seth: I formed SZNUR in 2017 as a solo project. I’ve managed to record a debut album which I created on my own. Then I’ve meet Zero, an old friend. At that time the second album was already recorded. I mean here the music. I had completely no idea on the lyrical concept so I invited him to join me. No doubt, he gave the second life to this project. Not only the lyrics but also all the graphics and visual side are Zero’s work. Some time later another old friend was found. Since autumn 2019 we’re trio so we became a regular band. It’ hard to say anything about future these days so I can only hope we’ll continue what we’ve started. It can be only worse with SZNUR.

What particular forces introduced you to the black metal genre?
Seth: I’m into heavy metal music since late 80‘/early 90‘. Since that time I was digging deeper and deeper into more extreme subgenres which were more interesting for me. Black metal was something very natural goal for my musical evolution, my own philosophy and point of view. I guess the „forces“ were in me. I’ve just followed my instincts and feelings. 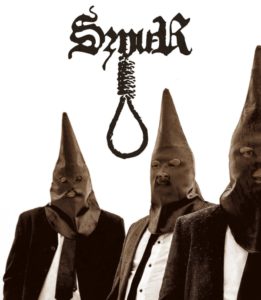 What are the main ideas behind “Dom człowieka”? Is it a concept album?
Zer0): It’s somehow a concept album. We wanted it to remind a scientific movie about a human species – hopelessly stupid, evil and cruel. When listening to the album, someone can feel disgust or anger for himself. And that what’s all about in our music. To feel something and maybe come to some conclusions. Maybe someone will hang himself on a rope – of course I’ joking.

The album has been released now for a few months. How were the reactions so far in comparison to the previous albums?
Zer0): There are very good reactions or there are none, if you know what I mean. Poland is very conservative even in metal scene. For many, we seem not to be really serious project. But generally most of opinions are positive. I guess people understood our message.

Seth: The feedback is much more wider considering the previous albums. And that’s for sure the contribution of Greg and Godz Ov War Productions.

On the two previous records Seth was the main songwriter. Was it also the case on this album or did the other members have more input in the song writing process as well? Did you also have a different recording approach this time compared to the previous albums?
Seth: This time I’ve also composed and arranged all the music. Zero has done the lyrics and vocals and Psyho has done his drum parts. Everyone had his own work on the album but finally we’ve put all the things together during common rehearsals. The recording session took place in Heinrich House Studio. It is great, professional place run by a great producer. His engagement was crucial for the final form of “Dom Człowieka“.

Nowaday the metal scene is full of bands, as a young band as you are, is hard to find own place and get success?
Zer0): It depends on what you mean saying success. If someone think he’ll earn a lot of money playing metal in Poland, he’ll not succeed for sure. But when you have an idea to spread and what’s more important, it’s natural for you, then you can gather some audience. That’s the real success. People who are fascinated by your creation. Of course, that needs a lot of work, dedication and money that won’t return to your pocket. 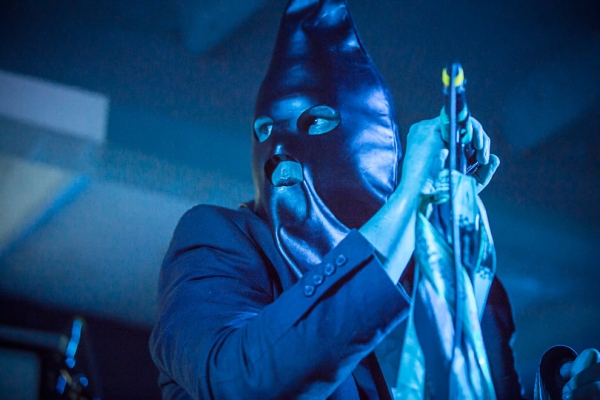 In your opinion, what is the true ideology lying behind the black metal? What do you think about the modern black metal?
Zer0): Black Metal was always symbol of rebellion for me. An opposition for all norms and morals that don’t let us be really free and creative. I don’t mean here a total anarchy but all those attitudes that destroys free thinking. In the past it was religion and today we’re surrounded by many fucked up cases. Politics, all the mainstream that makes us stupid and turns us into useless shit. Black Metal is some kind of fetish that inflames us. Makes us original among the modern, idle society.

Bands from Poland that impressed you lately?
Zer0): Every month some great album is released. Also the old bands are recording impressive stuffs. Too many to mention. I keep listening to „Rzeczom“ by ODRAZA – timeless masterpiece. BIESY – Transsatanizm, reedition of „De Profundis“ by VADER, BLINDEAD – Niewiosna, ENTROPIA, TRUP, KRIEGSMASCHINE, DOM ZLY, REDEMPTOR, MEAT SPREADER and many more… It’s a very good time for metal music in Poland. 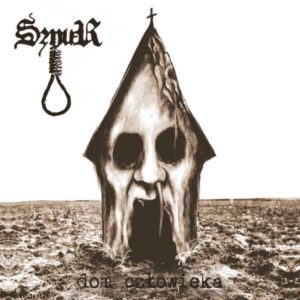 Seth: I can only add DEUS MORTEM, MEDICO PESTE, BEYOND TIME, ASHES and… MGLA of course;)

Your hometown is Wałbrzych. Is it not far from into Czech Republic. How often you visit Czech Republic? Have you any friends in Czech Republic?
Zer0): I love Czech Republic. Since over 20 years now I visit Obscene Extreme and Brutal Assault. I have many friend there. Well it’s only an hour away from our place. In Poland people knee on the streets during those fucking pilgrimages and at the same time in Czechia some freaks are flying hang on hookes on the metal fests.
You have something that lacks in Poland. I mean here your open minds and kind of mental peace. Everything goes it’s own way. No hurry, no problem. I really feel good in Your country. Many great bands and beer. I hope we‘ll play live some day in Czech Republic. It would be great. Oh, and the one and only crazy Jiří Procházka and MASTER’S HAMMER !!!

And finally, what can we expect from SZNUR in the near future? Concerts, other record, drinking beer in Czech Republic and etc.🙂
Seth: Drinking beer for sure.🙂 There are some live shows in near future. 04.09 we play in Bielsko Biała which is near Czech Republic. As I mentioned before, it’s really hard to plan anything as we don’t know how will the situation with COVID develop. We do our job and we’ll see what will happen…

Thanks for taking the time to answer my questions and good luck with the promotion of the actual album!
Seth: Thank you for the interview. Cheers!!!