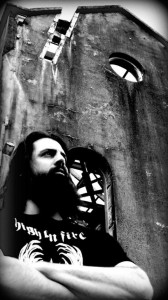 Hello Matt! How are you? How occurred to established your own music project?
Hi there. All’s well in Melbourne town, we’re just about to head into our long grey winter, but Autumn’s a good time down these parts.

How would you describe your sound to somebody that has never heard of you?
It’s hard to describe in a few words as I take many different influences and styles and combine them. To someone who has no previous idea of underground music, I just say I make heavy music. To those who are better educated in the alternative musical realms, I guess I would say I create an eclectic mix of doom, drone, black metal, sludge, dark folk, death ambient and noise.

When you first started making music, which band influenced you the most? What inspires you to write music?
I guess I’m a child of the nineties, or at least I spent my formative and seminal musical years in that era, and as such I was originally influenced by the grunge and desert rock bands of the time; namely SOUNDGARDEN, ALICE IN CHAINS and KYUSS. As time went on I obviously spent much time, as one does (or should) seeking new musical paths, and found all the amazing artists that continue to inspire and influence me today; from SUNN O))), YOB, NEUROSIS, BURZUM, HIGH ON FIRE, early MASTODON, BORIS, ELECTRIC WIZARD, JESU and MESHUGGAH to more obscure acts such as ARCHON SATANI, PYRAMIDS, RAISON D’ETRE, BEYOND SENSORY EXPERIENCE, ABRE OJOS, MERZBOW etc. I also am fascinated by old time Appalacian banjo music, film soundtracks, and take much inspiration from some of the great film auteurs such as Tarkovsky, von Trier, Jarmusch and David Lynch as well as the expresisonists and surrealists from last century. 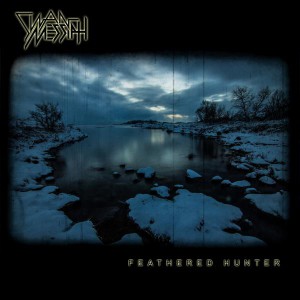 What were the reactions in the world to your records?
Not so many people get to hear my music, but of the people that know me, I think mostly they feel it’s a well crafted and an honest reflection of my inner being. Almost everyone comments on how eclectic it is.

Are you satisfied with the final result in the „Feathered Hunter“ album? How would you describe this new album, in order to make your fans excited?
Personally I’m reasonably satisfied. As I record from home, I can get bogged down perfecting or re-recording ideas, as there is no external pressure to finish the recording session. What I try to do is give myself a deadline and whatever I’ve got done by that date is the final product. Obviously listening back now there’s things that I’d change, but sometimes one needs to know when to let go.

As far as getting people excited, this is the on-line spiel I give them;
SWAN MESSIAH emerged from the elysian depths of Port Philip Bay in the winter of 2010. Wielding antipodean styled doom and dystopian drones, taking respectful cues from its misanthropic metal ancestry and dark folk traditions, SWAN MESSIAH spent the ensuing winters conjuring its layered sound to wash upon the shore on which it currently rests. Following a journey to the polar night of green skied arctic inspiration, the new offering of “Feathered Hunter” was crafted in Melbourne, Australia; where its chief apothecary Matthew McKenzie combined elements of Doom, Drone, Folk, Ambient and Black Metal, to arrive at SWAN MESSIAH’s most eclectic and fully realised release yet.

You wrote and recorded all instruments and vocals. Do you prefer working alone, being the master of everything? Is it better for your personal expression?
I don’t know if it’s better for my personal expression, it was more borne out of necessity. I’ve played in various bands with varying degrees of failure. In the end my creative drive can feel so incredibly stifled that it just bursts forth in waves and needs to be realised. Over time I’ve gotten quite used to my own processes and I find I can get deep inside a creative flow whereby all manner of ideas can be channelled through me without interruption or distraction. Most of my SWAN MESSIAH material is written in the studio the day it is recorded and deconstructed and reimagined further from there.  There is also an element of improvisation that is layered further to create musical passages. Hopefully over time I’m slowly finding a voice all my own.

Are you in contact with other musicians from Australia?
I do have a few people that I sometimes play with. I’m in contact with a bassist and a few guitarists. Drummers are the hardest to come by, the good ones are always busy and the mediocre ones, well, the less said the better.

All your albums are rather cold. Are you really such a dark person in your private life?
It’s hard for me to say really. It’s true to say I don’t believe in contrived happiness borne out of ignorance or material gain. I do have happy elements in my life, but I don’t deny to myself the reality of human suffering. To me, there is much to explore in the so called „darker“ side of human emotion. There are so many nuanced aspects to our emotional experience, most of which our verbal language system cannot adequetely describe. That’s where I find music can express such a greater depth of our shared emotional connection, as well as our cold, detached and lonely existence. I don’t mean to paint such a bleak picture, but sometimes people can be so incredibly deluded in their happiness, and I’m seeking something more than that from life. It seems to me that along with fundamental individualism, we’ve been sold the myth of happiness as an end point by the mass media and eductaional system. In my view we should be seeking so much more from our lives than simply happiness. 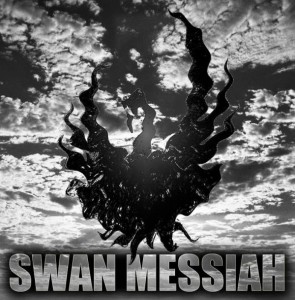 How important is internet for such great band? Do you spend a lot of time working with internet?
The internet is simply a reality that cannot be ignored. On the one hand it can give you a direct connection with your intended audience, although it is difficult for one to navigate through all the mindless static to find said audience. On the other hand, it is an ever pervasive distraction, that can draw one away from their creative calling. I do make use of it and like most can be distracted by it, and although much of my music has been illegally downloaded over the years, without it it’s likely my music would never have been heard by anyone but myself.

What’s the local metal scene like in Melbourne? Is there a good metal scene where you live?
I’m loosely involved in the local Melbourne underground doom scene. There have been and continue to be many great bands here such as WURMS, SUN SHEPHERD, MOTHERSLUG, AGONHYMN, ABRE OJOS, CLAGG, INVERLOCH. Too many to mention really.

Do you know any bands from Czech republic? Anything about the metal scene?
I don’t know of too many. Lycanthropy is one that comes to mind, female fronted grindcore with death ambient interludes I think. It’s something I’d be keen to find out more about.

I would like to ask you to tell us something about your plan…
There’s not too much more to say. Over time I’d like to record a great deal more soundtracks for both short films and features. I’ll be editing some vision together for a few of my tracks, and I‘m also feeling the urge to record some more death ambient material. I’d like to make myself better equipped to play solo drone/noise gigs, utilising loop pedals, guitar, modular synth and all manner of noise and drone boxes. There’s no end point to this project, I’ll just continue creating as I feel the need and find the time. On the odd occassion where those two ingredients converge, I will be adding to my catalogue.

Thank you for interview, if you have an important info no hesitate to write here! Bye, all the best!
Cheers and thanks.