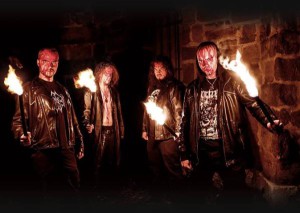 STORTREGN is a Black/Death metal band formed in Switzerland in 2005. After recording their first demo in 2007, they recorded Devoured By Oblivion, their first EP, which garnered a lot of attention and positive reviews.

In autumn 2010, having toured Cuba, Stortregn recorded their first album, Uncreation, which was released in June 2011 under Great Dane Records (FR). The release of the second album, Evocation Of Light, by Great Dane Records (FR) and Apocalyptic Art (GER) in September 2013, was followed by an Eastern European tour and a French tour in 2014. In 2015, they played at Wacken Festival, as finalists of the Wacken Metal Battle Switzerland.

While they started by taking influence of the Nordic Black Metal scene, they are expanding their vision and sound into a more contemporary era. Greatly appreciated for their music, even more so for their live shows, consisting of a mix of pig’s blood, charging riffs and blast beats, delivered with a relentless energy. With nearly 100 gigs including 3 tours (Cuba , Eastern countries and France), Stortregn has become inevitable in the world of Swiss black/death metal. 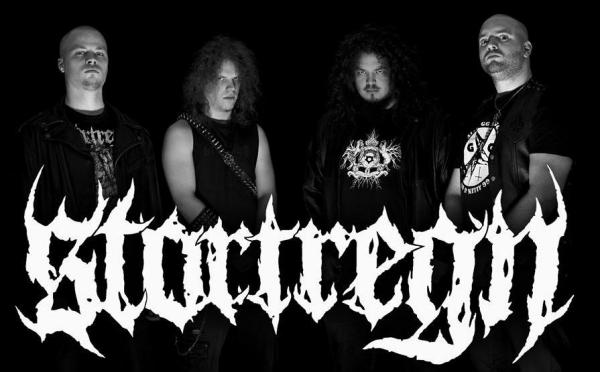 After many changes, the formation has stabilised and the current line-up consists of Romain Negro on vocals and guitar, Johan Smith on lead guitars, Duran Bathija on bass guitar and Samuel Jakubec on drums.

With their new upcoming album “Singularity”, which includes prestigious guests apparances and the artistic mastery of Juanjo Castellano, the band brings back the agressiveness into the metal world.