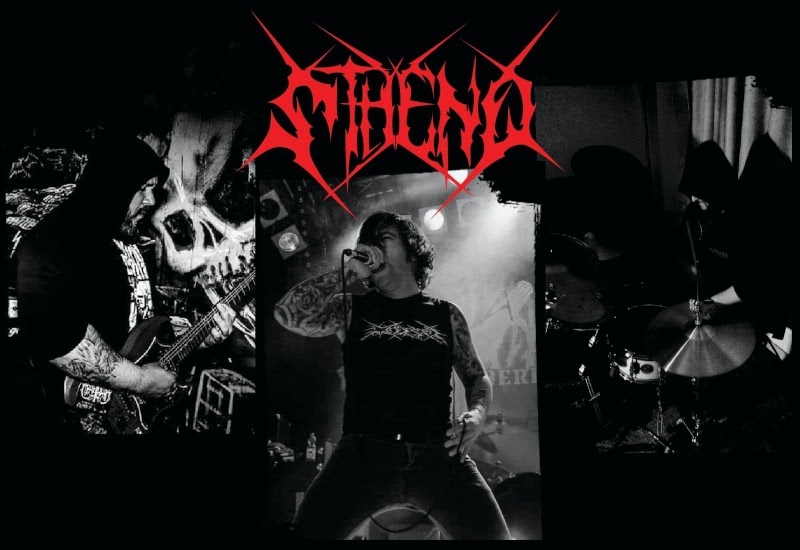 The album’s 11 tracks blaze a trail of fury by way of blistering tremolo and battle-ready percussion.STHENO has blurred the boundaries between grindcore, black, death and other extreme strains of heavy metal since 2013. The band was founded by like-minded individuals among the Greek grind and crust scene with the intentions of creating harsh music while drawing inspiration from black and death metal without any regards, or limitations, to the structures surrounding each respective sub-genre.

After some line-up changes and several concerts in Greece, Germany, Switzerland and France, STHENO are ready to unleash their new album “Wardance”, which features Christian Chaco, frontman of German death-grinders KEITZER, on vocals. Produced by Stelios “Stelth” Koslidis, the record is a war-themed concept album which is bound to catapult the band into the higher echelon of extreme underground metal.

To keep it extremely unrelenting without being stagnant and too monotonous is a difficult art form, but STHENO manages to stay away from all this and delivers an album full of metallic mayhem while keeping it fresh and dynamic at the same time.