Hello, how are you? First, I would like to ask you if you could introduce Station Dysthymia little bit. I really don’t need any biography & discography, just please drop some interesting or important informations and some news from your camp.
Hi, Aleš! Nice to meet you! Thank you for the interest in our band! Well, we hail from Siberia, we are a band, we play funeral doom. Our main influences are Esoteric, Dolorian and Evoken, as well a whole lot of other bands. We are not ashamed to say they have shaped the way we write music – if you are less than 30% original, you have no soul, but if you are less than 30% based on other music, you probably have no brain. Even more so for doom metal, it is always a matter of striking the right balance between tried-and-true methods and innovation. So far, not much news from our camp, except for the fact we’re revving up to play in Moscow a bit later this year – stay tuned for news!

Well, how are you satisfied with „Overhead, Without Any Fuss, the Stars Were Going Out“. I must say, that you have reason for it, it´s quality work! What about responses from outside (reviews, fans…) ?
Thank you! We are pretty satisfied with the album, although at this point I can no longer listen to it – overdosed on it during recording and mixing. There’s a couple of things here and there we would change now, but that’s the case for any album. You gotta know when to stop. As for fan responses – mostly positive. There are some who still like our first album better – maybe it has something to do with it being more raw. Or maybe it is the change in subject matter. As for press reaction, we got far more attention that I expected. For instance, we did just one interview after the first album. After this one, quite a bunch, including Terrorizer and Noisey. Also a lot of reviews, most of them positive. 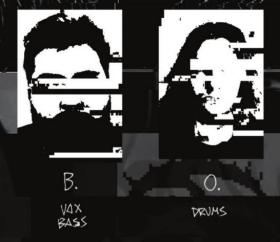 For me, the album is the greatest you’ve ever done, mostly in atmosphere. It’s not crude like on “Only Gray Days”, but is deeper and gloomy. What do you think about it?
As I mentioned, this album is musically an evolution of the ideas you can hear on “Only Gray Days”. It is still guitar based, effect heavy, very owntuned and psychodelic. This time around, we played loose and fast with song tempos, which made the album a whole lot interesting, in my opinion.

Album title „Overhead, Without Any Fuss, the Stars Were Going Out“ is very very interesting… What exactly expresses ?
It is a direct quote from Arthur C. Clarke’s “The Nine Billion Names of God”. We did not base our album concept on that short story specifically, but it expresses the feel of end of times we were trying to achieve with this album. Overall, sci-fi literature was a huge influence on this album. In addition to Arthur C. Clarke, Stanislaw Lem and Isaac Asimov come to mind. We even included them in the “Special thanks” section of our CD edition.

What is the main theme of the record, what is it about? Are there more topics or is there one strong main idea that is maintained and evolved through the whole album? Can we speak about some concept behind the album?
Our album is about how humanity gave up on technical progress, dooming itself to a death in its own cradle – Earth. Many sci-fi authors predicted a future for humanity among the stars, yet space programs have been on a steady decline for the last couple of decades. To give a couple of examples, I followed the progress of Curiosity, the program that put a rover on Mars. Utterly impressive, but you know what beat it in the news when success was declared? The reveal of iPhone 5, for fuck’s sake! Or how about LHC? I lot of people were questioning financial support for that particular program because “it doesn’t do anything for me”. Scientific advance stopped being a priority for humanking, and this is a fucking shame.

The title song is the longest you have ever done. How long did it take you to compose and arrange this colossal opus?
Months. We had a lot of ideas, but it was a real challenge to fuse them together into this one track. We have a map of the whole song hanging around the perimeter of our rehearsal spot (an insulated garage with our gear set up). It details sections, riff iterations, that kind of thing. We even have shorthand names for each riff (Esoteric riff, Fucked-up riff, Awesome riff, etc). After each take of the song, we would discuss changes to the aspects of the song and introduce changes.Also, it’s all written on toilet paper. We needed a very long piece of paper…

What do you think is the source of you original sound?
Our guitarist S. is a master of delays. Delayed guitars is the basis of our sound, as well as guitar noise and feedbacks, all of which we display prominently. This was influenced by Esoteric, and it was only fitting we got Greg Chandler’s support for mixing and mastering. We went for gritty, “dirty” delays, and we used a guitar tone more reminiscent of sludge than funeral doom. Combining this with a pretty low A tuning we use, with proper equipment you can probably use the album as seismic weaponry!

Many music fans swear that vinyl is the best way to listen to music. Do you notice any major significance in sound quality in either versions?
Technologically speaking, CDs are better. In practice, there’s a whole less people who master for vinyl releases, and they tend to be very competent, so overall the quality of sound engineer work on vinyl releases tends to be better. If you have a good sound engineer mastering for CDs this is not relevant. On the other hand, you might only notice on high¨-end sound equipment. But a very important part of vinyl is… fetishism! I mean, you get a sleeve with huge artwork, and then there’s the whole process of setting up your player to playback a vinyl recording – I think a huge part of the enjoyment is in that. Also, you cannot afford to buy vinyl as frequently as CDs, so you actually listen to the recording more carefully, which is also important.Overall, it’s not only the sound of the music that makes it enjoyable, but also every other detail surrounding it: artwork, concept, lyrics, even your state of mind when listening to it. I urge anyone reading this to approach music not as a product, but as art. Do not consume it, live it. 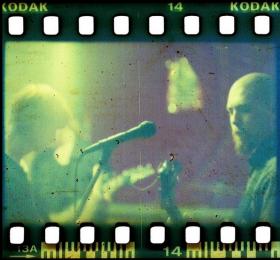 What do you think about journalists writing reviews of your albums? Are there some differences between Russian ones and the rest of the world? Where are your releases mostly appreciated and evaluated?
I don’t know where people actually listen to our music more, but legal downloads and CD purchases are mostly from outside the country. Russia is big on illegal downloads though, and I have seen download counts in the hundreds on some prime distribution sites, so that’s a factor too. Judging solely on press and fan feedback, as well as raw statistics on our Bandcamp page, I’m assuming we have bigger exposure outside the country, especially in the United States. Us being featured in several key English-speaking outlets for music was a major factor. An important figure in this was one of my favorite metal journalists, Kim Kelly, who wrote about us several times. I am especially proud of that interview for Noisey we did with her – it was a blast to write! As for listeners in and outside of Russia, the main difference is national bias. People in Russia tend to exaggerate their opinions of Russian bands, be it in a negative or positive light. It is difficult to get an honest and constructive opinion. Metal is a very global phenomenon, and it is foolish not to connect with the worldwide scene.

What is the metal scene like in Russia? Is it easy to put on a metal show there?
It’s all pretty good in Moscow and St. Petersburg. Not in Siberia, though – few bands, few listeners. Any proper show is organized at a loss, so only the most die-hard promotional agencies work in this environment, only those who are doing it for the idea, not money. This is the main reason we have not much live experience to speak of – not many people are interested in listening to funeral doom live. 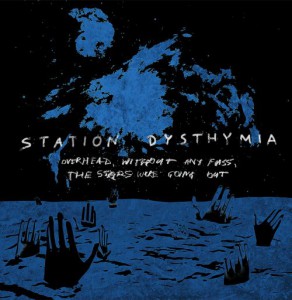 Origin of the man has it´s own impact on the making of music. Are you all from the same town? Is there something interesting what influences your compositions?
All of my bandmates are from Novosibirsk, but I was born in Moscow. I still identify strongly with Siberia, as I spent quite a bunch of time living here. We all went to the same university, and we all have the same friends, so that’s how we formed. What did inspire us on our debut is the urban winter feel you get over here – crimson streetlights in the night, snowy desolated streets, an oppressive train of thoughts running through your head while you shuffle of to work or home. Try to listen to Snow Cold Visions with that in mind!

I will put you obligate question, which we put perhaps to all abroad musicians. Do you know any Czech metal band? 🙂
Amazingly enough, no! I mean, I know you have a pretty strong death/grind scene going, but I was never a huge fan of death metal this exaggerated. But speaking of culture in general, one of my favorite writers is Karel Čapek. He is a visionary, I think he was an important, if not very evident influence on science fiction. He also predicted nazism before it was a thing – he died before Nazi Germany invaded, if I recall correctly. I also like Jaroslav Hašek, for you know what =) Also, although he wrote in German, Franz Kafka is technically Czech.

Do you play live shows?
We played one, in Moscow. We’ll play another one this year too. Also in Moscow. We would love to do it more often, but we can’t go out of Novosibirsk too often, due to financial concerns.

Thank you for your willingness and time. I wish you a good luck and never-ending enthusiasm!
Thank you for the interesting questions! And I wish not all of your wishes come through, so you might always be looking forward to something!