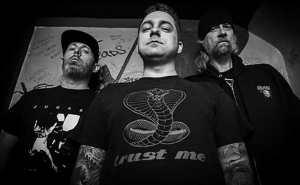 Static Tension Recordings are proud to announce that the vinyl version of The Wolf Council’s self-titled album is now available for purchase. The critically acclaimed album was previously released on CD and digital formats and has now been released in beautiful vinyl due to the demand by fans.

The album is limited to 500 copies: 100 clear, 150 red and 250 black. This is the last time the label will produce a clear edition vinyl, so that version is expected to sell out quickly. Fans who do not appreciate vinyl can still purchase the album on CD or digitally.