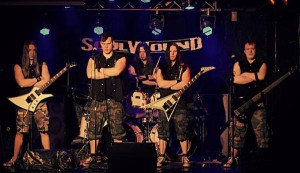 SOULWOUND is the direct result from Niko and Janne Huusari picking up their respective instruments in the small village of Myllykoski in Kouvola, Finland, sometime in the 90s. The boys began honing their skills by playing covers with various line-ups until they began to feel confident enough to start writing songs of their own. The name of the band and the first line-up to record and perform on stage were established in 2005, and the first demo was released in early 2006. From there, the band followed the usual path of playing shows wherever possible and releasing three more demos along the way.

There were two vocalist changes during the demo stage, and with Arto Jauho stepping in as the vocalist, the group released its first full-length album Seeing Red in late 2013. In 2014, the line-up took its current form as Mikko, the youngest of the Huusari brothers, was brought in for guitar duties, resulting in all three brothers playing in the same band. Later that year, the band embarked on its first European tour, after which they began to prepare material for the next album.

NO PEACE:
Soulwound’s second album No Peace picks up where the debut left off, offering fast, brutal, heavy and aggressive metal with both old-school and more contemporary influences forming the basis of the sound and nihilistic lyrics topping things off. Hit potential of any kind or radio-friendly choruses were definitely not on the agenda? instead, the music is hammered out with no pretense or pandering in the spirit of, say, classic Sepultura or the Finnish thrash legends Stone. The attraction lies more in the arrangements of the different elements: how the guitars complement each other, how the drums complement the guitars, how the bass complements both etc. The Devil truly lives in the details. The songs are brought to life by shouted vocals that are more aggressive than ever, and the album manages to be simultaneously more varied and more focused than its predecessor. 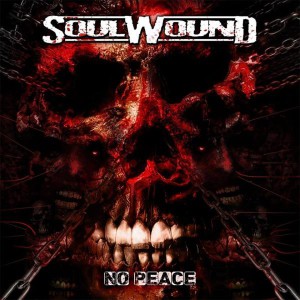