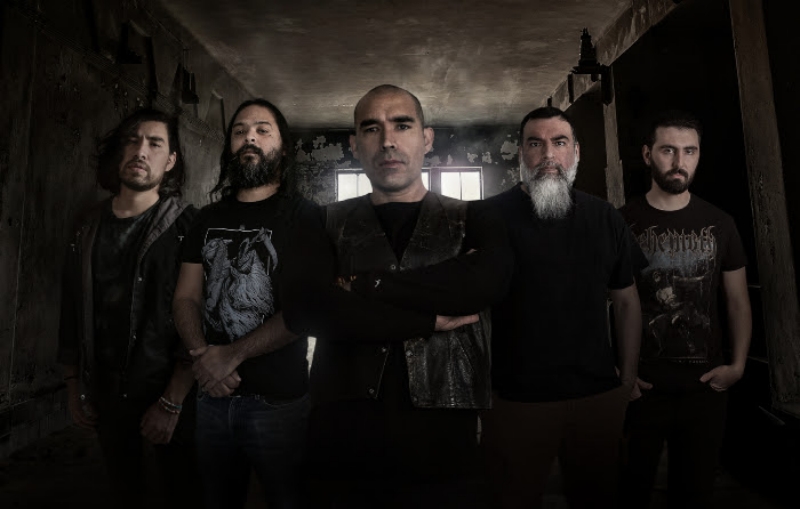 Ciudad Victoria, Tamaulipas, Mexico. It’s mid 1996 that SOLITUDE begins feel the need to form a band and spend the afternoons in a rehearsal room writing the first original songs by the end of that year as well as performing in some social events to gain popularity in the small scene that existed in those years.

The band would soon be a quintet by adding the second guitar, a fifth member which is complementary according to the genre. Said genre would be little by little transformed into a melodic death metal influenced by the wave of European bands that emerged at the time. In 1998, they recorded their first demo, ‘Crying in false reality’ which started to be promoted in different fanzines and gig organizers in Mexico, in hopes of landing more gigs and being seen nationally.

This is how Solitude lands its first recording contract with Kronnos Records which edited the band’s first complete album, ‘The Glorious Shine of Life’, recorded at the beginning of 2000 and released in 2001.

In 2005 Asenath Records edited the band’s second LP titled ‘Introjection’, with a more worked and oriented death metal sound. A sound more technical and reflecting the first influences of progressive rock and metal, which were giving the band a truer identity. This album triggered live shows which included sharing stage with bands like Dark Tranquility, Decapitated and Megadeth. They were also part of the line up in important Mexican and Latin American music festivals such as, Monterrey Metal Fest in 2006 and Hell and Heaven 2014. The band has also had its hiatuses between albums. In 2011 the single ‘Punitive Pride’ was edited and it caught the attention of the scene because of its aggressive and melodic sound having a great production. This sound would become the staple of the band and the beginning of the new album’s production which soon would be halted because of changes in the band’s line up.

Finally in 2014 the band had a solid line up with similar views and very good chemistry for composing. This was when ‘Exogenesis’, the band’s latest album started. An album filled with feeling and brutality. Visceral but with technique, a more worked on sound that satisfies the band’s expectations according to the genre. Solitude is currently made up of Arael Delgado (Guitars) David Frayre (Vocals) Antonio Rivera (Guitars) Diego Delgado (Drums) and Habib Florencio (Bass) ‘Exogenesis’ is looking to get the attention to what’s being produced with good quality in Mexico. In 2021 Solitude returns to the scene with new music and to put Mexico on the gobal map of metal music.