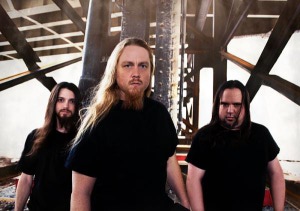 Epic Fucking Brutality! These are the only words that can accurately describe SOLACE OF REQUIEM. The band is from the United States and plays a most unique and original form of extreme metal. Sometimes labeled as “Technical Blackened Death Metal”, SOR’s music is not only instrumentally technical, but is also technical in composition. Blending together an array of haunting technical passages, classical movements, grim ambience and relentless brutality, with a diverse assortment of highly intelligible extreme vocals. Making it is easy to hear the vast collection of influences that are incorporated within SOLACE OF REQUIEM’s music.

The band’s lyrics are based in philosophy and are very poetic in nature. Often times showing alternating perspectives of themes such as science, psychology and secular thought. Painting bleak landscapes of the torment and oppression caused by religion and the rise of science over fantasy. Intelligently putting the disturbing images of these landscapes deep in your mind and challenging you to strive for the hidden wisdom within each passage. These lyrics are not blatant in any direction. All interpretations are left to the beholder. Yet, the emotional interpretation of the words are targeted toward the grief and misery caused by a non-secular view and highlighting the empowerment of having secular thought. 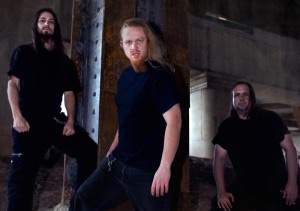 SOR is comprised of well-rounded musicians, who strive for technical proficiency on an individual level, so as to best perform music that requires a high level of instrumental prowess to execute. However,meticulously composing their material to properly express their aesthetic vision. This vision is of music that is very dynamic, focused, and written in forms that are closer in nature to those of classical music. As opposed to the overdone “riff 1, riff 2, chorus, repeat” format, or simply juxtaposing a string of so-called “brutal” riffs with no rhyme nor reason, Solace Of Requiem has created music that is unique in sound, as well as in structure. Making extreme metal that is in a genre all its own. Classically Composed / Brutally Rendered. . SOR’s newest album, Casting Ruin, will prove to be a benchmark in brutal, atmospheric and technical song writing. Incorporating the study of binaural audio into their already complex structures, Solace of Requiem has used this knowledge to facilitate the unorthodox poly-rhythms and complex writing style found in their latest work. If you were to hard-pan your speakers left,and then right, you would practically hear two separate songs. Combining these two songs creates the illusion of a third (main) song. This is the technique from which SOR has created its original sound, unique to any known genre of death metal or black metal. 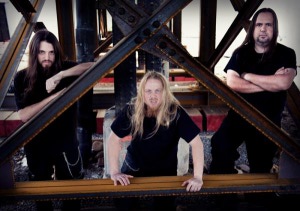 As veterans of the scene with over 10 years of making music and touring, Solace of Requiem has always managed to stay ahead of the times, as opposed to getting stuck in a rut. Many would listen to the first and last SOR albums and assume it’s not the same band. When one listens to their newer work, it is easy to hear the progression of advanced rhythmic and melodic compositions within their albums. Even a short listen to their catalog will prove to anyone that this ever growing band is not a one trick pony. SOR’s first (self-titled) album was released in 2004. The album is pure old-school death metal, containing only brief glimpses of what the band has become today. Although the production quality is very low, the album is ridden with great old-school death metal classics.

The second album (Utopia Reborn) was released in 2006. This album is a great piece of progressive death metal. It still has somewhat of an old-school feel, but is far more advanced in composition than the previous album. Utopia Reborn was mastered by Andy Classen at Stage One Studio in Germany and features Bret Hoffmann of MALEVOLENT CREATION on backing vocals for one of the tracks. All this helped to give the band’s second release a label deal, worldwide distribution and underground recognition. 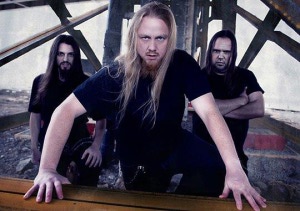 After some lineup changes and a big writing process, Solace of Requiem’s third album (The Great Awakening) was released in 2010 and was produced solely by Andy Classen at Stage One Studio in Germany. This album is pure technical death metal with a bit more of the black metal influence heard on their prior releases. The result led to The Great Awakening not only being far more technical than the previous albums, but also more advanced and diverse.

In 2013, Solace of Requiem set forth with a new guitarist and recorded their latest album (Casting Ruin). With their new material being the most advanced music they had ever tried to record, an immaculate sound and professional environment was definitely needed. So the band teaming up with producer and perfectionist, Brian Elliott (Mana Studio), was only necessary for SOR to succeed in completing its latest project of unrelenting technicality and musicianship.