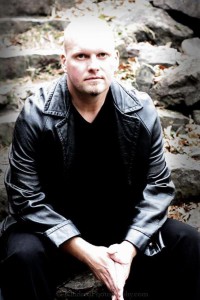 Canadian blackened heavy metal act SIG:AR:TYR are proud to announce that they will be releasing their new album Northen this fall. While SIG:AR:TYR has in the past been known as atmospheric blackened folk, Northen shifts into more traditional metal territory, while maintaining the dark sounds of earlier material.

The band’s mastermind (and sole permanent member) Daemonskald had the following to say about the album:

“The album deals with the end of the Viking age, and the adventures of the Norse in our own country, Canada. Unlike the permanent settlements in Greenland, their stay here was short-lived, and we are still discovering the extent of their travels, the artifacts from their small settlements, and unfolding the tales of their interaction with the native cultures here at the time. “Northen” is a tale of tribute to this small group of adventurers, who with a dynamic, and individualistic spirit, were still willing to throw stability and comfort aside to explore mysterious new places like Helluland, Markland, and Vinland, and try to be their own master in a changing world.”

More details will be announced in the near future. You can currently hear the entire SIG:AR:TYR catalog on Bandcamp here: