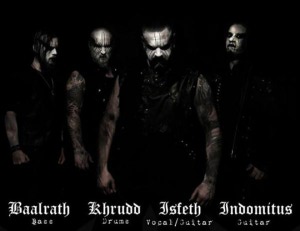 The album, which follows their 2013 debut EP Ascension to the Throne Ov Self, was recorded, mixed and mastered at Parlour Studios by Russ Russell (NAPALM DEATH, DIMMU BORGIR) and is set for release on November 3 via Kaotoxin Records. Artwork comes courtesy of Giannis Nakos of Remedy Arts.

SIDIOUS, which features members of EYE OF SOLITUDE, recently announced the addition of new drummer Krhudd, the mastermind and sole member of COLOSUS. Krhudd joined the band earlier this year as the band began work on Revealed In Profane Splendour. Other roster shifts have seen guitarist Isfeth take over vocal duties after the departure of vocalist Tom “Void” Allen. 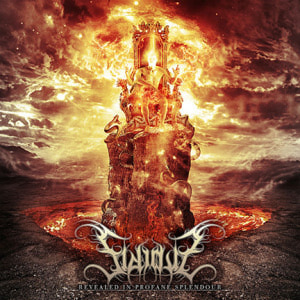