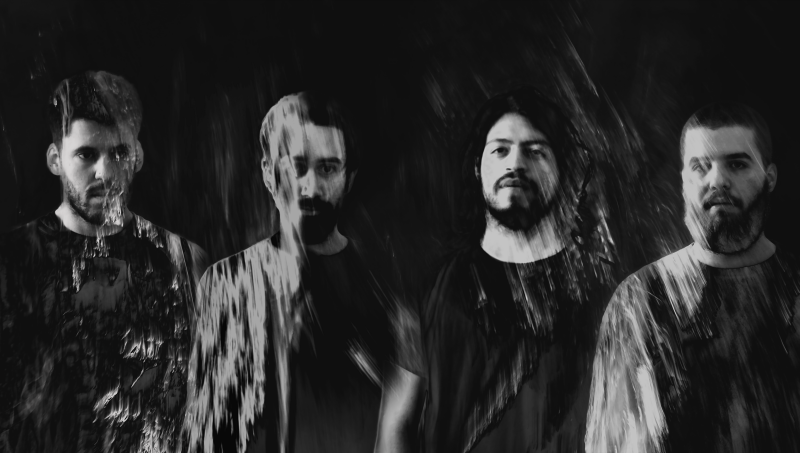 SHELL FROM OCEANIC is a modern prog quartet from Porto, Portugal. Founded in 2010, the group is formed by César Ramos (guitar), Cláudio Frank (guitar), Luís Correia (bass), and Luís Neto (drums/producer). The group’s studio debut, Ambivalence, was released in late 2014. Set on a progressive metal foundation carefully combined with jazz fusion and electronic elements, the album was met with a warm reception from a wide array of musical fronts.

Following a hiatus, the band started writing their second full length release. Shifting from the more focused sonority of its predecessor, “How To Let Go” is a short but full-bodied non-conceptual album, molded by various approaches and different genres, borrowing more from electronic and minimal music. A concise work aiming to reflect no particularly defined stream of thought, bordering on a mesh of the band’s sound and influences.

ALBUM SYNOPSIS:
“How To Let Go” is a free-thinking, non-conceptual album, using various approaches and different genres to convey moods, situations, or simply musical thoughts by themselves. The album delivers dense and synth-infused performances with emphasis on the contrast between tense and expansive passages, deepening the band’s interest in electronic and minimal music while still briefly visiting heavier and abrasive sections. It’s a short and condensed album that is meant to merge the group’s sound and influences through their similarities and differences.