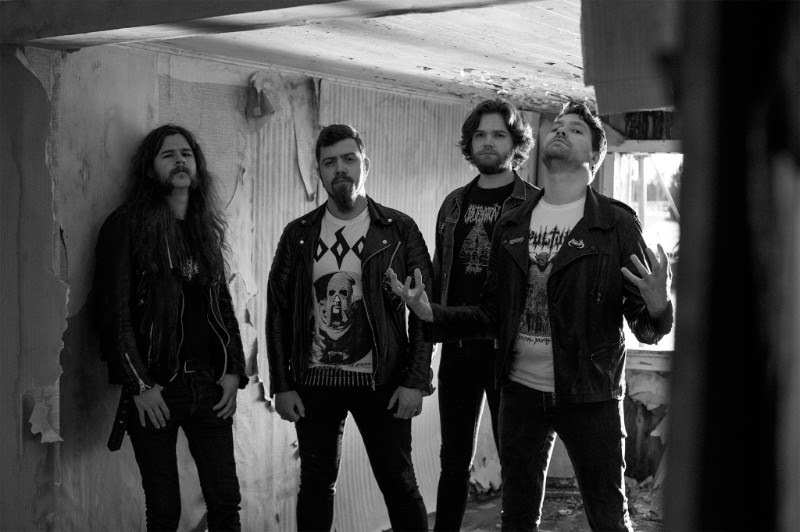 Duplicate Records are proud to present SHAKMA. Taking their lyrical inspiration from 80s horror B-movies, it should come as no surprise that their music too is deeply rooted in the decade when speed and thrash metal ruled the underground. Their influences may be obvious, but there is nothing “B”, or redundant about SHAKMA, as their ferocious debut is like a fresh blade through your already broken neck (from headbanging)! Enter the House Of Possession!

SHAKMA were formed in Haugesund on the west coast of Norway in 2014 to play blistering, horror-inflicted thrash metal inspired by SABBATH (Jap), WHIPLASH, MIDNIGHT and so on. The band hastily recorded their debut demo, Night Of The Coven in September 2016, just in time for the first edition of the local underground festival Heavy Nights, where about 30 home-dubbed tapes were given away to a lucky few.

Duplicate Records were soon struck by the fierce attack of SHAKMA, and offered the band an album deal, as well as pressing their demo professionally in 100 copies. The band accepted, and in late 2016 the tapes were made available, quickly selling out. The quartet spent most of 2017 writing and recording their debut album House Of Possession, and made their live debut, accompanying Sepulcher and Vesen for 2 shows on the west coast. They also found the time to support Swedish thrashers INSANE in Oslo (whose debut album Evil was released by Duplicate the same year), as well as a delivering a «breathtaking performance» (according to Scream, Norway’s longest running metal magazine) at the second Heavy Nights edition.