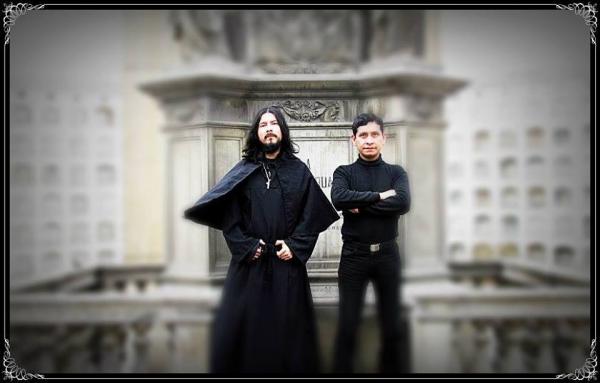 Hello! Regards from Czech republic! Could you then tell us some interesting things about the circumstances of the start of your band? When and how music came into your life ?
Hello, a cordial greeting from Peru. Some things do not have a rational explanation, we could speak in terms of coincidences or chance. I always had a weakness for music, but first I ventured into poetry, since just at the age of twenty I learned to play the electronic organ. I fell in love with the keys thanks to the music of Richard Clayderman, that way I enter the music in my life.

You weren’t duo from the start, am I right? Do you evaluate the current line-up as the best one?
Yes, we were a duo. Then we incorporated other musicians who shared our goals within the genre. So the current lineup is in fact the best.

I can’t describe your music other than “mighty funeral metal music in his decadence cleanest doom metal form”. So, the question is, where are you getting the inspiration?
The inspiration rather finds me, pulls me out of my usual comfort zone. I can be reading a fantastic book, of history, fiction, or perhaps seeing a documentary, or in a place far from the city …. and suddenly I feel inspired, the ideas converge in my brain and they are translated in music by inertia. 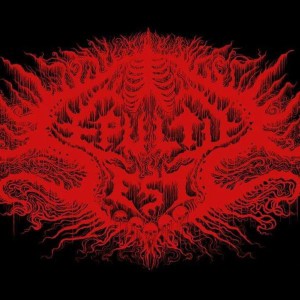 So what means funeral doom metal and his deep feelings for SEPULTUS EST? Is doom metal important part of your lives?
FUNERAL DOOM METAL is the tomb that keeps my heart preserving through space-time. The philosophical, metaphysical or religious content is subordinated to the dark energy of this science-art.

I was very surprised after my first check of “En el marmóreo laberinto donde sueñan los muertos”. Where are variations from previous records, what you did differently?
In the marmoreal labyrinth where the dead dream is an album that differs from the previous LP basically in one thing, the intensive use of the system of musical composition called Filmscore. Also follows a conceptual line more immersed in the funeral doom metal proper, the battery arrangements for example underpin the supreme slowness characteristic of the genre. As for the sound derived from the mix and culminated in the master also there is a clear difference, being this last album to say the least but digital. These factors have been determinant to endow it with a peculiar aura, tanatica, quasifantastica, and backlight. Also an enlightening addition, as a point of no return is the tuning. The first album was recorded with the tune in C sharp and the last album in the normal tuning of E.

How about the process of composing music?
I am working on a method of unification of all systems of composition. This personal, intellectual-practical-theoretical challenge, which will incorporate atonalism, serialism, dodecaphonism, and concrete music, noise with functional harmony, filmscore, consonant atonalism and with Greek modes and silence as a detonator of the whole musical … I have given in baptizing as the SPIRAL FUNERAL. 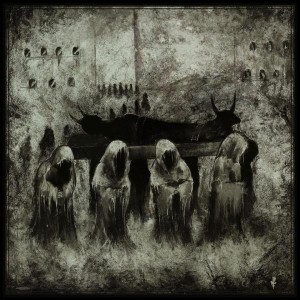 Are there any particular philosophies that guide the creation of your song. It s? Has album some concept?
I think all the music is already configured in the multiverse and that the musician would only be a kind of medium through which is channeled. In the marmoreal labyrinth where the dead dream as an album is a concept in itself. Principle an end of all its essential characteristics. It corresponds to the one who listens carefully to discover the concept in the moment in which the music envelops everything. The concept comes alive at that moment, only in that moment.

It’s impossible to drop question about groups, albums and musical genres… Are they some bands which lives in your heart more than other ones? And what kind of music you like outside doom metal metal?
I like funeral doom metal bands that play keyboards , those that have enough influenced of cultured music. Its more I think I could talk more about composers than bands. The melodic factor is decisive for a song I like. Now I’ am listening to an album by Peruvian pianist Gisela Perez Ruibal entitled “Habaschallay” is traditional music called Huayno from Peru.

How do the people in Peru react on your records and your music? Is there a strong underground metal scene?What is the metal scene in Peru?
Having the backing of a Russian record label my music has earned the respect of many fellow musicians. Some people have told me that my music has a lot of influence from classical music. Its a nice compliment.

Does exist some metal scene in your capital? How popular is your music style?
Yes , there is a metal scene in my city, but I have not frequented it for many years. I lost a lot of t by time getting drunk instead of writing music. My musical style is very little appreciated within this scene. And this scene is like a mucus despised by the immense majority. My country is not a rocker country. Despite all this shit the funeral doom metal still alive here. 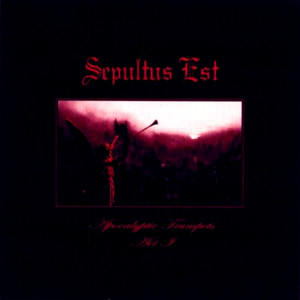 Is it difficult to balance the time and lifestyle of being in the band, and being the citizen of your country? Can you introduce your normal working day…
No. In this last years I feel more of a citizen of the galaxy than on this planet. The concept of country I think is already obsolete. My daily routine is quite parametric like a catholic mass. I get up at five in the morning , I put my breakfast and my lunch in a backpack, I walk to the train station while I pray in silence:
Thanks for all the good
And thanks for all the bad
There is not good without bad
And there is not bad without good
To learn to profit and to know
The essence of the good you have to go
Deeper into the bad
To learn to profit and to know
The essence of the bad you have to go
Deeper into the good
The good and the bad
The bad and the good
They need compliment each other
They are attracted and repelled
By all eternity.
Towards the fundamental light
In life and death
Towards the fundamental light
In death and life.
Let me be as hard as stone
When the hammer of misfortune
Strikes me mercilessly
And also allow me to be receptive
Like the wings of a dove in mid-flight
When happiness comes to me like
A summer breeze.
Amen.

Then I get to the cemetery my workplace. I work almost all day selling flowers for the dead.

Big thanks for the interview and I wish you many years of quality music. Can you finish with a few words to our readers?
To conclude I must announce that the new album will be called “Precipices Of The Sunset”. Thank you very much for your interest for your good wishes and for your time. The true miracle of music is this communion of spirits.