Hi. What made you to the idea to start her own label? Hi. When I began to listen to Black Metal, there was the only label specialized in Black Metal in Japan called Cosmic Garden Productions (ran by Woods, the man behind Hurusoma). CGP suddenly got silent around 2002 and I felt the need to keep its flame, though I also wanted to establish a label that embodied my musical interests.

How do you choose the bands? It is remarkable that you choose the bands from all over the world! I always check various stuffs by myself, get information from some reliable acquaintances, and receive offers from those who are searching for labels. If I find a good band and there is good reasons for them to work with my label (e.g. they don’t receive enough support in their own country, they take my label as the best partner, etc.), I decide to support them regardless of their area of activity.

Do you receive a lot of offers for releasing CD or choose the bands yourself?
See the answer above.

On which recording you are still most proud of? If I dare to choose one, I’m especially proud of having released ENDLESS DISMAL MOAN’s „Cuse of Underground.“ Chaos9, the man behind EDM, made a substantial contribution to the establishment of the identity of my label in its early phase. I recognize that I could return the favor by releasing „Curse of Underground,“ which is his posthumous work.

How is your work connecting with Internet and can you imagine your activities without it? Internet was already popular when I start the label and it has been crucial for my work. Bands generally argue that the communication with the label is very important for them. 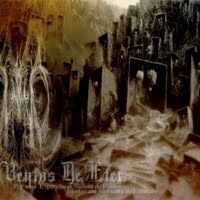 Are you in regular contact with the bands you releave CD? Would you be willing to go to Europe to fond out new band? It’s on a case by case basis. Some bands expect constant communication, and others don’t. Usually I try to provide each band with information about reviews and/or listeners‘ reactions. In order to judge a band’s potential it is actually far better to see their live performance than just to listen to recorded materials, so it should be great if I cold visit there.

Your label is specialized in black metal, doom metal, ambient…are these kind of music supported by Japan listeners? I think there is a certain number of listeners of Black Metal here, though I’m not quite sure how deeply they are devoted. As far as I know Dark Ambient is less popular than BM. More significantly, at least for me, there seems to be little understanding of the possibility of fruitful relationships between these genres.

There you have any promising band, for which you are going to released CD in future, or otherwise support? Recently I found LYCANTHROPY from Russia very promising. Actually we talked about the possibility of working together, but couldn’t reach an agreement. Among the bands whose works I’m going to release, EMME YA from Colombia and POSTHUMAN TANTRA from Brazil are worth noting. I have scarcely made good connections with Dark Ambient bands from South America, so it’s great that I could establish friendly relations with them besides F.I.N. from Chile. 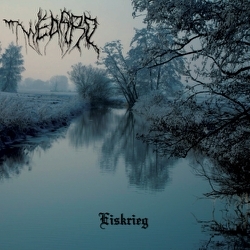 What is the position of metal in Japan? I know that the classic heavy metal is very popular in Japan but what about the other styles? Have you ever met with misunderstanding of other people? How do you generally satisfied with living conditions in Japan? Could you imagine that you moved out and began to live somewhere else? There is a certain number of fans of heavy metal here. But a degree of maturity is another matter than the number of listers, and I recognize that Japanese metal scene is still immature. Due to this immaturity, metal has been (and still is) just a minority: we can’t expect a huge event like Headbangers Open Air or Obscene Extreme. Though I’m indifferent to them, there seems to be some misunderstandings. It’s easy to point out sources of those misunderstandings. In the 1980s there was a temporary fad of heavy metal called „Japa-Meta“ (an abbreviation of Japanese Metal). To ride this boom many bands came to adopt striking makeup, and this movement formed the public’s attitude toward heavy metal. The next generation experienced the movement called „Visual-Kei“ that emerged in the 1990s, which resulted in massive production of graud. This trend might have strengthened the public’s attitude. (Note that some great bands did exist even in those movements!) I have little complain about the life in Japan, at least not yet.

Is there anything what bothers you in metal underground? I sometimes feel that there is too strong sectionalism. While some sectionalism is inevitable in underground music scenes in which practitioners need to preserve their identities by themselves, it’s just an obstcle when it become too strong. Can you tell me your opinion about religion? Is there any you can identify with? It depends on 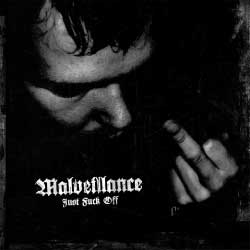 the definition of religion. If religion means a specific system of creeds or principles (like that of Buddism or Christianity), it’s redundant for me. However, if we adopt a broader notion of religion (e.g. Max Weber‘s) as something that provides meaning and/or coherence to our understandings of the lives and worlds, it’s always with us, consciously or subconsciously.

Do you know any band in CZ? If you no can I send you any types? Yes, of couse. Master’s Hammer is one of my favorites! It’s much appreciated if you recommend any good music from your country.

What are your plans for the future? Can you tell me what CD are going to release? A split CD by Emme Ya and Posthuman Tantra (as I mentioned above) will be out in the end of March of the beginning of April. A new full-length of MOLOCH (Ukrainian BM) and FORESTGRAVE (another Ukrainian BM) are coming up.

Have a nice time and thank you for this interview! I wish you luck in the selection of new bands … Thank you for the interview. In deference to your efforts.