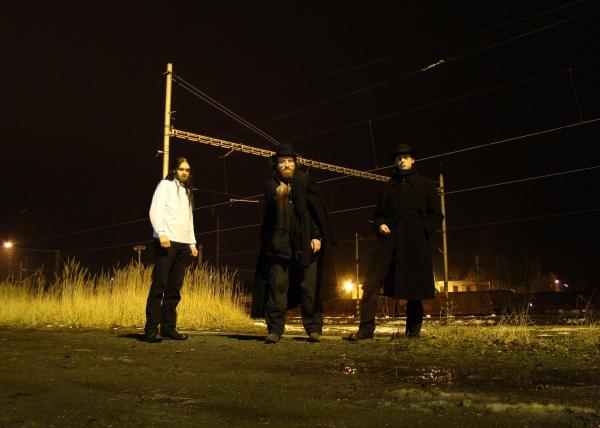 MFL recodrs statement – “Sfumato” is the principle of diffusion and softening of the outline of figures and objects, invented by Leonardo. As if following a treatise on light and shadows, the music in the second album of Czech avant-gardists QUERCUS has no clear logical boundaries. It is blurred, like the boundary between life and death, one permeates another. This music is now lifeless, now breathing, now suddenly awakening imagination…“

Interestingly. So we have some question for funeral doom band QUERCUS. Please a short bio for your band.
We started to record first demo in 2001/02, we were two man project just for recording and until now we don’t plan any live show. QUERCUS rises from the underground of our main band UMBRTKA, sometime QUERCUS sleeps and sometime wakes  up when the grief grows stronger.

Where do you have the name QUERCUS from…?
I think that latin is good for doom so I put the name of my favourite tree into the name of our doom.

When did you start playing and how old were you when you became interested in metal?
I started to play guitar and drums when I was 20 composing music for a second Umbrtka album „Delnický a bezdomovecký šedý metal“.I listend to metal maybe from 10 or 12 years… MEGADETH, METALLICA, BLIND GUARDIAN, MY DYING BRIDE, ANATHEMA etc. 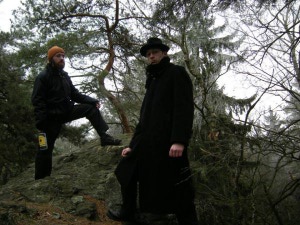 How do you guys write QUERCUS lyrics?
My poems have a roots in everyday life and my sympathy for obscure atmosphere, nonsense, absurdity, literature, humour, drinking beer and love.

How would you describe QUERCUS music to a person that never heard it? Do you direct your music to certain people?
QUERCUS plays basicaly a doom metal but if i should tell to my grandmother what we play i would not be able to find a word for it. We have a few close friends who love our doom and a new people can find us via new album and Moscow Funeral League label. 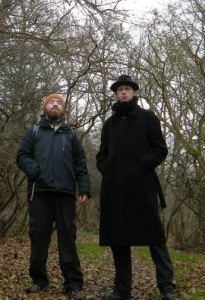 Which imaginative pictures do you seeing, when you listen to your own music and having closed your eyes?
I see some moments from recording when we had a good doomy mood or some funny moments of trying to record difficult instrumental part. For a listeners is good to read the lirycs and drown into the spiritual content of each poem look at the cover artwork.

Is there a message you wish to convey to the listener?
Doom will haunt you untill the death overtakes you.

What were your musical influences at that time? Do you still get influenced by other bands?
My inspiration now is IRON MAIDEN, RUSH, (hey boys, I listen at this moment Rush – Fly by Night – unbelievable, hm, hm. Res.)  some jazz or world music, and of course old doom metal albums from funeral doom classics. Now I listen to Gustav Mahler, classical composer and some new metal albums by PALLBEARER, VESTIGE OF VIRTUE, BETHLEHEM. 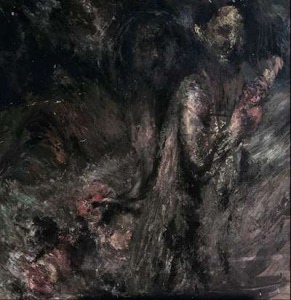 What is still your biggest dream as a musician? If you have one…
Yes, we plan to go to Finland  and try to talk to Albert Peter and Void to play again and record a new REVEREND BIZARRE album, becouse we love the band.

Say something about the future plans…
Slowly compose a new material.

What music styles, artists or albums are your favourites in private life?
Doom death black jazz, minimalist, no rap, no techno, no pop.

Please describe yourself with a few words as a person.
Painter,  teacher, poet, musician, heavy drinker.

If you were granted one wish, what would it be?
To have a toilet and a bathroom in our new old house in the woods.

Just one last question. Can we expect any new QUERCUS album in the near future?
Yes, we plan a new album, but in these days I play a some new guitar parts to my six month old daughter. Thanx for Interview!

One thought on “QUERCUS”