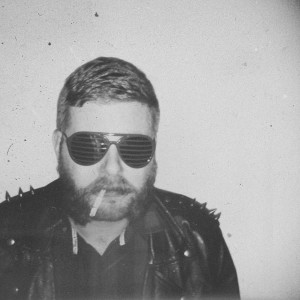 POGAVRANJEN return with their third full-length, Jedva Čekam Da Nikad Ne Umrem (translates to: Looking Forward to Never Dying), which will see the light of day through Poland’s Arachnophobia Records on 15 February 2016. While keeping the avant-garde throughout the entire trip, Jedva Čekam Da Nikad Ne Umrem deepens the obvious obsession of the abrasive with almost gain-free guitar work and polyrhythmic drumming. It is yet again a step towards uncharted territory of dark, progressive and temperamental soundscapes.

Formed in the winter of 2008, POGAVRANJEN was started as a black metal act. Over the years the band took their sound to more psychedelic and avant-garde levels, with a strong nihilistic lyrical touch but still maintaining the roots of black metal. They are considered to be outcasts within their native scene, emphasising their scorn and disgust towards the stagnant, even regressive nature of traditionalism in the black metal scene nowadays.