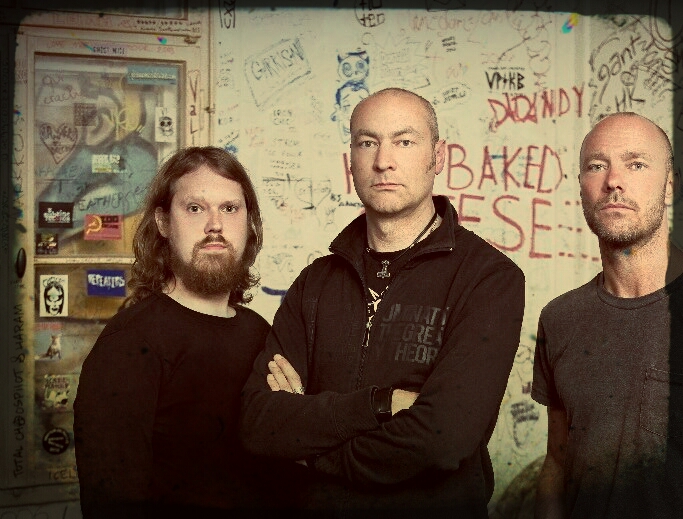 Hello! Please, introduce your band. When and where was it found, how do you define your music style, what is particularly interesting to your band?
Marko: We are PHASED from Basel, Switzerland. Chris and I have been playing together since 2001 – with different bass players. We have recorded four studio albums so far, two of them for the well known German stoner label Elektrohasch. First our style was some kind of psychedelic stoner rock. As the years went by we became slower and slower, and the new album «Aeon» is a pure doom record, or let’s say a doom record with some psychedelic elements.

Which of your recordings do you consider as the best and conversely, with what are you unsatisfied the most?
Marko: Well, I think all our albums are okay – and of course I should say that our newest is our best now. But honestly speaking I still like the first one, «Music for Gentlemen» from 2003, the most because it was so energetic and fresh and sounded like straight forward spacerock or stoner. I consider «Medications» from 2006 our weakest work, because the sound simply doesn’t breath. It’s too packed and there are hardly any dynamics. But it’s still okay.

Chris: I agree with Marko in as much as Medications is the odd one here – somehow it doesn’t really feel right. As for the best, it surely is «Aeon» for me. For once, I am really satisfied with how everything turned out. The songwriting, the recording and the mixing, this is how PHASED is supposed to be!

I have become quite thrilled by «Aeon» even though I had quite problems to get into it initially. But this makes the listening experience much more rewarding now. How is it different from every other album you have already made?
Chris: Well, for a start we changed the recording studio and we had a person from outside the band to mix the album all by himself – without any input from us. Also, although most songs were written in a short period of time, they are more thorough than on the other albums.

Marko: The sound is quite different. We recorded our other albums in V.O. Pulver’s studio in Gelterkinden near Basel. He’s a great producer but stands for a quite clean sound. «Aeon» was mixed by Richard Whittaker in London, who has worked with many doom bands before. He gave Phased a much earthier sound on the new album. Another difference is – as already mentioned – that «Aeon» is a purer doom album compared to it’s predecessors.

Can you introduce the lyric concept of «Aeon»? Were do you find lyrical inspiration nowadays?
Chris: The lyrical concept of «Aeon» deals with the darker side of life – desperation, frustration, anger, but in what I hope is a humorous way. Some of the lyrics are open for interpretation though and you may read into it whatever you will. A lot of the lyrics contain also wordplay and use language for the beauty of words. I read a lot of books and any sentence or word can trigger inspiration, and then I go from there. Sometimes lyrics can come in one go and be all ready and finished, other times it may take years of rewriting. Important is that the lines and rhymes flow.

Your records are released on CD and LP media. Which of them do you personally prefer, and in what do you see the strength and the weaknesses of the media?
Marko: We both like the LP much more than the CD. It’s not because we think it sounds much better, as many die hard vinyl afacinados say. It’s more because an LP is just a much more beautiful object than the CD. You’ve got more possibilities for the artwork, because an LP is bigger – it’s just more like a piece of art in the whole and not just music packed in plastic. When you pick up a gatefold vinyl and watch the artwork, it’s just different…

Chris: Yes, as Marko says vinyl is our medium. Though I still also own CDs I no longer really go and buy them. I think that the CD as a medium will disappear. It is obsolete. The problem I have with digital music is that it comes across as very anonymous – no artwork, no lyrics, no information. Sometimes you don’t even know who the artist is because the player runs on shuffle and you don’t really care. Also it’s easy to just push the delete button and erase whatever you have downloaded.

Are you playing in other projects, do you play and sound different in your other projects?
Marko: Yes, I have a band project called ASHTAR with my wife who was the bass player of shEVER. It’s a mix of doom, sludge and black metal. She sings and plays the bass and the guitars, I play the drums and also some guitars – and I do some backing vocals. We released our first album «Ilmasaari» last year on Czar of Crickets for CD, the same label as PHASED now, on Throne Records from Spain for vinyl and on Antiq from France for analogue tape.

Chris: I’ve got a solo project called B°TONG, which is totally different from PHASED. With b°tong I create dark and ambient soundscapes that can be compared to an imaginary film soundtrack. David Lynch for the blind or something like that. It is very experimental and purely electronic. I release vinyl and CDs on Silken Tofu, Greytone and some other labels. Incidentally b°tong has performed in Prague three times already. Sometimes I also play in the German industrial group THEE SECRETE SOCIETY. Our first album should be out this year. It is a kind of musical theatre where we dress up with masks and in white clothes. 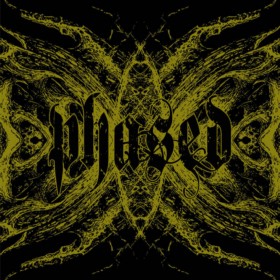 What’s the local metal scene like in Basel?
Marko: It’s very small, because Basel is quite a small city, but it’s okay. There are some great metal bands like ZATOKREV, SCHAMMASCH or GURD. And we all know each other quite well.

What is your greatest dream or wish? What do you plan from now on?
Chris: If life’s an illusion, love is the dream. As a band, what we wish is to reach the level where venues can book us knowing that people really show up. Other than that we live our dream by playing what we like…

Marko: My wish is to play music as long as I live and to find an audience who likes it until the end. That’s it. I have no bigger «dreams» because I’m simply too experienced for dreaming. And reality is all right for me.

Are there any touring plans in support of the new album?
Marko: We have a new booker in Germany and we’ll for sure play some gigs this year – but probably no bigger tours.

Thank you for your time. Good luck! The last words are yours…
Marko: If you like the MELVINS, BLACK SABBATH, St. VITUS and HAWKWIND, then have a listen to our music.

Chris: Yes, check it out and buy it on bandcamp.