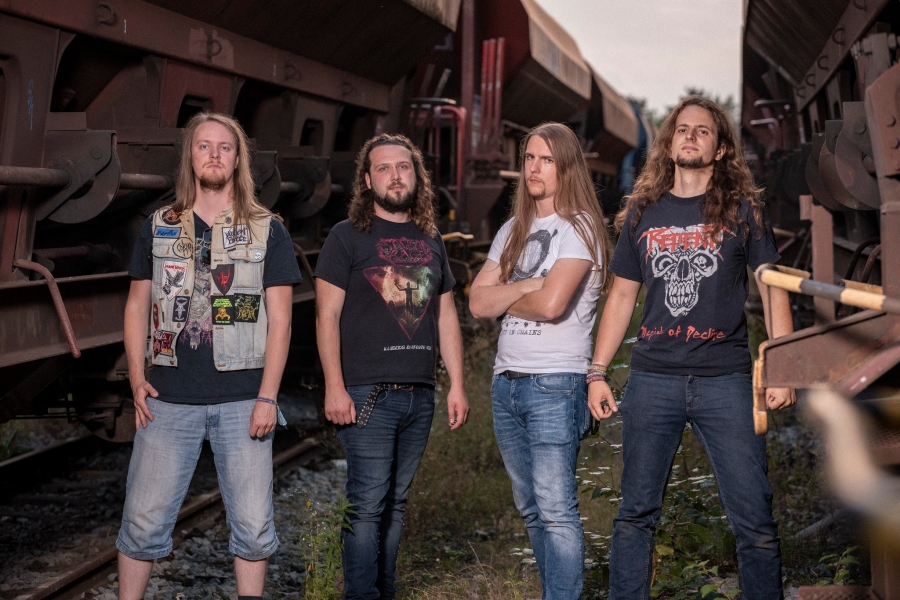 PAXTILENCE was founded in 2011 to bring young, hungry thrash to the Nuremberg metal scene. Their stated mission is to play riff-oriented, driving thrash metal inspired by veterans like KREATOR and MEGADETH as well as younger powers like Warbringer, Pripjat and Space Chaser. After first live performances, the first EP “Cyclotomic Warfare” was unleashed on mankind in spring 2017, which helped to conquer more areas of Germany with concerts.

Towards the end of 2019, the four whipping boys retreated to their rehearsal bunker to create their ultimate weapon. With sharpened riffs and proper drum fire in the luggage, the new record “Wildfire” represents the next highlight of the Nuremberg thrash quartet.

The work goes in the best continuous fire manner directly into the ear and remains in the head. Mixed and mastered by sound weapon master Kirill Gromada (Pripjat), “Wildfire” offers all maniacs a successful short vacation between nuclear fallout and post-apocalyptic anarchy. As ambitious live performers, PAXTILENCE are now planning nothing less than to plunge whole europe into total thrash chaos from 2020 onwards!