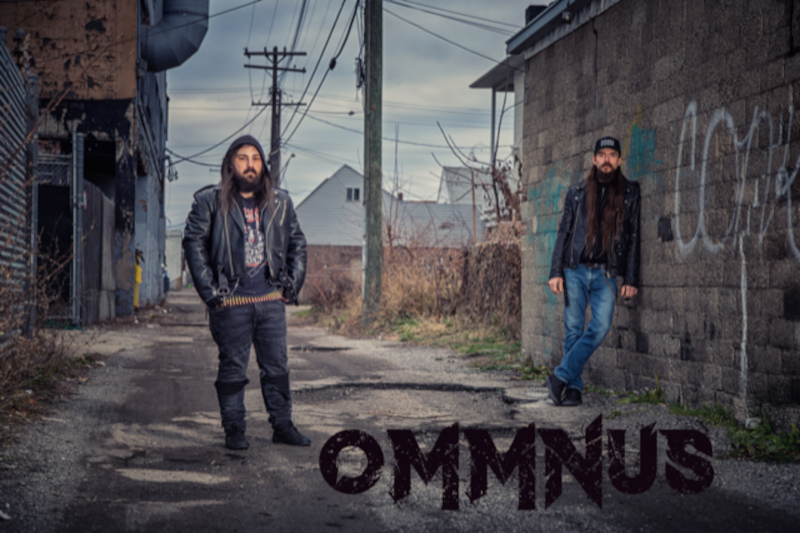 As members of sludge/doom band Wormfoot, as well as ex-members of countless other groups, Jay and Derek have been creating music together for well over a decade. While relentlessly touring the country in a multitude of outfits—that have spanned many genres—the two developed the idea of Ommnus. The initial idea would simply be a two-piece project that plays HEAVY music without limitation. Fast forward a couple of years and that vision has manifested itself in a unique blend of thrash, rock and doom that the duo has branded as doom n’ roll.

Incorporating that sound with a call and response vocal structure and the influence of thematic storytelling, the duo released their debut album “A Single Green Light,” via Hell-FI Records (recorded, mixed and mastered by Nick Diener of Oneder Studios) in the fall of 2020; with an international release through No Profit Recordings set for June 2021. Recorded live this first effort looks through the lens of a host of characters, both historically and fictionally, in order to shine a light on aspects of the human condition that most others prefer to look away from. When asked to describe the album the only thing Jay and Derek would say is that “it’s a different kind of heavy.”