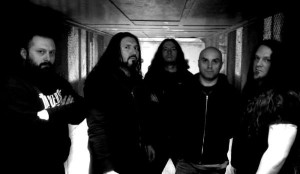 Finally after the release of “Misanthropy” 5 years ago legendary horde Pandemonium is back with the long-awaited new released album “Nihilist”. The material contains 9 blasphemous psalms, which are a continuation of previous albums and are referring to the ambience known from the iconic “Devilri”. The music was recorded following the old methodology of achieving a raw, saturated sound with minimum use of digital engineering to the sound of instruments. All that was done in order to bring out the spirit of the early days of metal and summon the maximum amount of human’s diabolical nature.