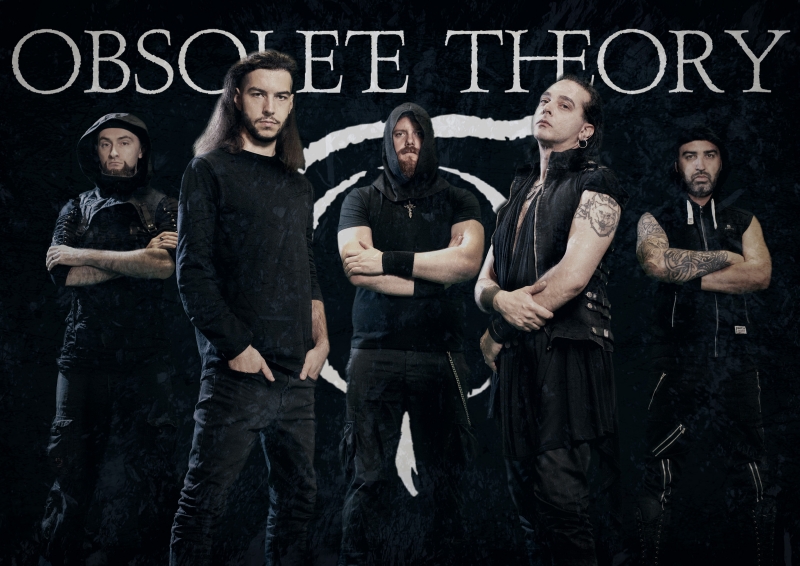 OBSOLETE THEORY born in 2010 and, after the release of a demo CD in 2012 and a single in 2013 titled “The Wraith Beyond”, achieve a stable line up in 2016. In the same year, the band releases the videoclip for the single “Prophecy (V.18:6)” featuring Ally Storch from HAGGARD at the violins, while at the end of 2017 the band records its first official full length album titled “Mudness” at Twilight Studio, mixed and mastered by Øystein G. Brun (BORKNAGAR) at the Crosound Studio in Bergen (Norway).

The album causes a big interest to My Kingdom Music that offers to the band a multi-album deal, soon signed by OBSOLETE THEORY and which first result was the release and distribution of their debut album “Mudness” on June 15th, 2018. “Mudness” feedback was great, OBSOLETE THEORY was soon considered as one of the most interesting acts of the Italian Extreme Metal scene and it permitted the band to share the stage with CREST OF DARKNESS, HORNA, GAAHLS WYRD, AUÐN, BLAZE OF PERDITION. Now, after two years of hard work and a renewed and more mature vision of the art, they are ready to present their new effort titled  “Dawnfall” scheduled for May 21th, 2021 via My Kingdom Music.

NEW ALBUM (“Dawnfall” 2021)
Overview: OBSOLETE THEORY’s music can be identified as Post Black Metal rich of hints from Doom, Death and Avantgarde Black Metal resounding obscurity, alienation and sickness. “Dawnfall” is the band’s sophomore album and pushes their vision of dark music to new levels with a more extreme, sick and violent release. They present a manifesto of heaviness, depth & atmosphere everything into a magnificent extreme music, with six long, complex and full of pathos songs for what we can consider for sure an opus of emotional sonorities.

“Dawnfall” is Post Black Metal for fans of BEHEMOTH, ENSLAVED, MGLA, AGALLOCH, KATATONIA, ALCEST without forgetting the Avantgarde side of their world that is very close to bands such as ARCTURUS and BORKNAGAR. As for the previous album it presents a monolithic sound, thanks to Michele Adami recordings and engineering, the Twilight Studio mixing by Davide Tavecchia and the great mastering realised by Øystein G. Brun (BORKNAGAR) at the Crosound Studio in Bergen (Norway). The visionary artwork cured by Dis-art Design completes the great essence of “Dawnfall”. Just push your mind beyond every limit and be ready to a new vision of dark music.