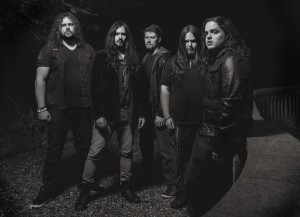 Embrace the symphonic! Sympho-prog metal youngsters NOCTURNA have discovered their true calling after a period referred to only as ‘The Dark Era’. Reinvigorated by winning the Metal To The Masses competition, and subsequently playing Bloodstock Festival last year, the band have capitalized on this win by releasing their début EP Lucidity. A hybrid of prog, symphonic and power metal, it is packed with riffs and licks, and with a liberal dose of the orchestral to boot.

Lucidity EP lives up to its name with a sharp clarity and focus of sound. Mixed by Meyrick de la Fuente of Floodgate Audio, the EP provides a 30-minute snapshot into NOCTURNA’s vision: weaving the technical muscle of Symphony X and the sheer firepower of early Firewind or DGM, these tracks show a healthy knowledge of both American and European schools of melodic metal, as well as an appreciation for composers such as Hans Zimmer or Howard Shore.

It’s a compelling listen; Tom Frost establishes himself as the UK’s answer to Gus G with his honed licks and leads, while James Davis’ vocals soar with crystal clarity. After pausing for breath with an interlude, NOCTURNA strike with a resounding two-fer: “Gaining Solace”, the heaviest track on the EP, and the grandiose 10-minute “Cast Assured”, featuring a guest vocal from Meyrick and a rather surprising breakdown…