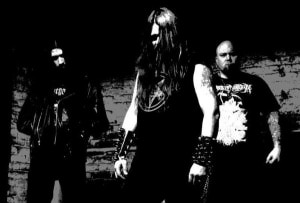 As ashes rained from the heavens, the sounds of chaos and despair drew near… and thus Orchestrated Misery Recordings realized the time was nigh for the release of a split CD featuring the sonic torture of THRONE OF SACRILEGE and IMPURIUM: U.S. black/death metal bands raging with torment and hate! Featuring three songs from each band, the label has pressed a mere 666 copies to the screaming metal demons for consumption. This music was not meant for the weak; this is true black/death metal! Purchase the split here: http://orchestratedmiseryrecordings.bigcartel.com/ 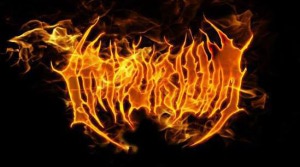 THRONE OF SACRILGE was formed in 2012, and consists of current/former members of Ezurate, Psychomancer, Ebonmortis, Fin, Relentless, Disfigurement, Against the Plagues and Apothecarrion. Combining their talent and pedigrees, the band is: Grimnyr-Guitars/Bass; Throgrym-Vocals; DK-Percussion. Drawing from influences of past legends like HELLHAMMER, CELTIC FROST, SODOM, DESTRUCTION, KREATOR, BATHORY, ASPHXY and SARCOFAGO the band hammered out several songs, but decided to only record and release three. Very chaotic and brutal sounding, the elements of black and death metal are pervasive.

IMPURIUM is a three-piece black metal outfit hailing from Northwest Indiana. The band formed in 2008 by brothers Andrew and Aaron Mote. After many years of being influenced by Slayer, Death, Dark Throne, Mayhem and Immortal, the brothers joined forces and began penning material for a possible release. In the fall of 2009 drummer David Ross (Invasion, Nocturnal Torment, Afterlife, Sea of Tranquillity) joined the brothers Mote and chaos ensued. That which is recorded is a blasphemic, tortured, mid 80’s black metal sound captured on audio!