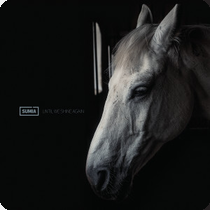 Picture sitting alone on the pier of a tranquil lake: The vista of fading sun behind trees with nature’s song of serenity whispering to you. Equanimity courses through you, but you cannot quite fall into her beautiful embrace.

SUMIA’s debut full-length album ‘Until we shine again’ embodies the aforementioned image: One of contentment and inner peace, in unison with scars from the past and their invasive shackles. Sumia have produced a flawlessly uplifting album: with tones of fulfillment and love, walking the ever so thin line, in-between the perpetual battle against the torments of our past and letting go. All of this is played out to a backdrop of haunting, groovy, alternative rock.

The band comes from Jyväskylä in central Finland. Upon hearing the album it will not surprise the listener that the members are versed musicians: with experience performing in varying genres from melodic hardcore, punk, electronic music and Hip-Hop. This Titanic debut draws from their past experiences and has produced a trendy, energetic result. It has produced SUMIA.