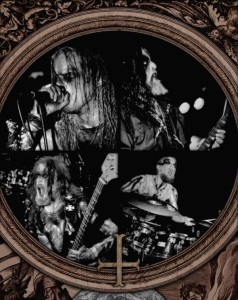 PLAGE is a traditional black metal band founded by Exord and Blizzard in 2011. In 2012 they got completed by Vrede and Zorn. A first demo-cd was released in 2013 – limited to 100 copies and immediately sold-out. They are located in Lübeck (Northern Germany) and Copenhagen (Denmark). The new album ‚Den Kristne Stank’ is released by Alusia Productions and offers you eight tracks of archaic black metal.