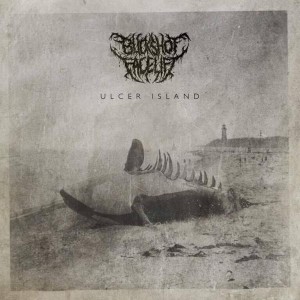 New York-based powerviolence/death metal/grindcore veterans BUCKSHOT FACELIFT recently announced their upcoming fourth full-length, ‘Ulcer Island’, which will be released through Paragon Records on April 14th. The band has cultivated a strong following over the years since their inception in 2004. Due in part to their eclectic and hard to pigeonhole sound that continues to mutate and change with each new release. Ulcer Island expertly flaunts their amorphous nature, with songs constantly switching gears and combining different styles together in a variety of different ways throughout its eclectic 41-minute run time.

Vocalist Will (Artifical Brain, Afterbirth) comments on the album: “Ulcer Island is a concept album in which the narrative gradually moves from the oblique street level view into a dreamlike introspection, Ulcer Island’s blend of grindcore, power violence, and death metal is arranged in a way that mirrors this transition as the album progresses.”