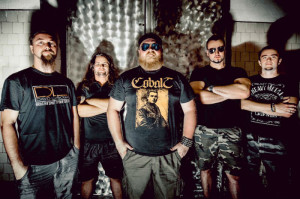 The history of NEURONIA begins in December 2003 with Michał ‘Misiek’ Rogala (guitar) and Łukasz ‘Chief’ Szewczyk (drums) jamming together in their hometown of Błonie on the outskirts of Warsaw. Two years later (in December 2005), after the duo created some early material, Radosław Szewczuk joined on bass and vocals. In that period, Neuronia played a mixture of simple rock’n’roll and metal. In the early months of 2006, the band recorded two demos – ‘Neuronia’ and ‘Wedding Day’. In October that year, Radosław left the band.

He was replaced by two unique musicians – Tomasz ‘Acid’ Nowak (vocals) and Dominik ‘Domo’ Beśka (bass). The new members influenced the change in the sound of the band to a heavier and dynamic one, showcased by Neuronia’s first official release – the ‘First Blood’ EP, recorded in the end of 2006. After its release, the band notably increased their concert activity, including playing a few Polish festivals. In 2007, Neuronia concentrated on the work on new material – their first album, which was recorded in Warsaw’s DBX Studio.

The debut album, titled ‘Winter of My Heart’, premiered on February 29th, 2008, with a well-known Polish label Fonografika taking care of nationwide distribution. In March, thanks to the cooperation with the DWAEM video production company, the band recorded a video for the song ‘Psycho’ and in June for another track – ‘Demon’s Kiss’. Both videos were broadcasted by nationwide music TV channels (e.g. MTV Polska, 4FunTV). The debut album met with positive reviews in the Polish press and was promoted with multiple live shows, including those in support of glam metal veterans Lizzy Borden, the Brazilian thrash-metal extravaganza Torture Squad or local death metal legends Pandemonium. 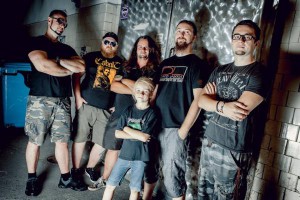 The spring of 2009 resulted in further changes to the line-up of the band. Łukasz Szewczyk was replaced behind the drum kit by Michał ‘Thor’ Pasternak, whose technical prowess and expression brought a new quality to Neuronia’s sound. The band spent most of the year working on the material for the next album and played live sporadically, but they succeeded in stirring up the crowd with their show at the last edition of Hunterfest (at the time one of Poland’s largest summer metal festivals).

Another memorable moment came in November 2009, when Neuronia supported German thrash metal legends Tankard during their double concert stint in Poland. Just before these concerts, Maciek ‘Tektur’ Nawrot joined the band as a second vocalist, and his skills proved to fit ideally with Neuronia’s playing style.

In the fall, already as a five-piece band, the group started recording their sophomore album titled ‘Follow the White Mouse’. Tektur was slowly taking over the position of the band’s main singer, eventually to fully replace Acid by February 2010, when the latter left the band due to creative differences. This was preceded by Rafał ‘Lewy’ Lewandowski joining the band as a new lead guitarist with great solo and melodic skills. Neuronia’s second album was released on March 20th, 2010 by Fonografika and was received warmly by the Polish music press. 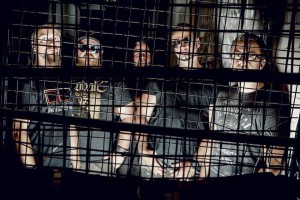 During the next few months, Neuronia was very busy with touring in promotion of the new album. Among memorable shows, the band played the Military Camp Festival in Warsaw alongside Swedish power metal stars Sabaton and heavy metal legends Blayze Bayley and U.D.O., the Rock na Bagnie festival with a host of Polish metal and punk rock acts or Lublin Rock Fest II in support of Paul Di’ Anno. The band also played smaller shows in support of renowned Polish bands, including stoner-rock mainstay Corruption or thrash legends Quo Vadis. For a few continuous weeks, the Put Your Dukes Up single topped the Turbo Top chart of AntyRadio, Poland’s most popular rock radio station.

The beginning of 2011 brought the change in the band’s rhythm section. Domo and Thor left and were replaced respectively by Daniel ‘Beton’ Grotkiewicz on bass (the leader of Warsaw’s death metal act Mesmerized and former vocalist of local death metal giants, Gortal) and Marek ‘Deviant’ Kuczyński on drums (the driving force of the grindcore powerhouse Anus Magulo and a member of the gothic-metal outfit At The Lake). The new musicians brought with them a fresh outlook on the band’s sound, a lot of creative force, humor and – above all – massive technical skills.

March 2011 marks the international release of ‘Follow the White Mouse’ by the Ukrainian label Metal Scrap Records. Next month, a re-recorded version of Put Your Dukes Up, called Trzymaj gardę, was unveiled. This track is the band’s first and only one up to date to feature Polish lyrics. It received considerable airplay following its release. 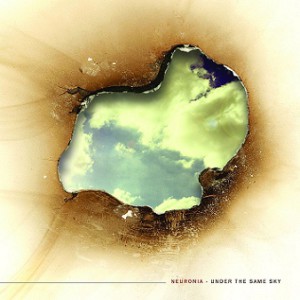 In the closing months of 2011 the band parted ways with drummer Deviant. He was replaced by Łukasz ‘Lukass’ Sobczyk, a long-time member of the melodic death metal band Whicheaven. In this line-up, the band entered the JNS Studio to record a four-track EP. The resulting release, titled ‘Insanity Relapse’ premiered on May 15th and the band decided to publish it as a free download on their BandCamp page (www.neuronia.bandcamp.com).

Finally, the new album was recorded in the winter and spring of 2015. ‘Under the Same Sky’ contains 11 tracks in Neuronia’s unique, eclectic style – from power ballads through melodic death metal fragments to heavy, angry crossover thrash. The drums were recorded in JNS Studio by Paweł ‘Janos’ Grabowski and the rest of the instruments and vocals were recorded, engineered and mixed by Filip ‘Heinrich’ Hałucha, who also served as the album’s producer. Heinrich has extensive experience as a producer, having worked on recordings by bands such as Vesania, Hate, Obscure Sphinx, Leash Eye or Lostbone. Apart from being a producer, he plays bass for the black metal powerhouse Vesania and the death metal supergroup Masachist, also being a former member of Decapitated, Rootwater and UnSun. The new album is scheduled for release in November 2015.

Neuronia is a very experienced live band, having played together with artists like Sabaton, U.D.O., Blayze Bayley, Paul Di’ Anno, Tankard, Torture Squad, Lizzy Borden, Pandemonium, Kat & Roman Kostrzewski, CETi, Quo Vadis or Corruption. The band is open for concert proposals. Neuronia’s live shows showcase the band’s affection towards mixing several styles of metal and are a great treat for all fans of heavy music. The band’s sound encompasses a wide array of influences – from Motörhead, through Metallica, Slayer and D.R.I to At the Gates or Morgoth. The members of Neuronia also perform in other bands: Sphere, Fetor (Beton), Whicheaven (Lukass) and Cremaster (Tektur). Beton is also an endorser of Fujigen bass guitars and David Laboga professional cables.