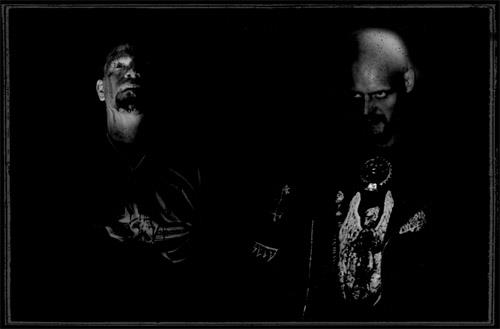 Ave! I would like to congratulate you on your last CD! What is the band history on NEFANDUS, can you give me a brief intro as to how the band got together?
Thanks. The band got together again in 2007 after a break of about ten years when Ushatar and I decided to join forces again after being apart from each other since the nineties. The early history of the band is that we recorded a demo tape entitled “Behold the Hordes” in 1995 after rehearsing a couple of years and our first ful length album “The Nightwinds Carried Our Names” in 1996, after which the band decided to, if not disintegrate, at least put to rest for a while during which time the original members went their separate ways to form other musical constellations. For the latest album, which is our third fullength, we are once again a band with a complete lineup and feel more devoted than ever to the gospel of the Devil and the dark forces which has been a guideline of NEFANDUS since the very beginning.

You were defunct for approximately several years. What happened?
We had different ways in which we wanted to express our diabolical devotion at that time, back in the nineties, so we decided to try our wings in other bands instead. Some of these bands still exist but the important thing here and now is that NEFANDUS has once again found our way into co-operating as musicians, adding some new blood to our ranks, but still old in the scene, so to speak. None of us are kids any longer one could easily say. 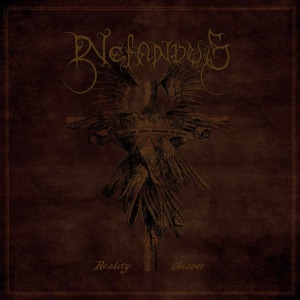 „Reality Cleaver“ is very rolling, grey, mighty and evil… It’s my feel that your music sounds like a mix between old school black metal and new wave of black metal. Do you agree? How can we define the kind of music that you play?
I don´t know how new wave Black Metal sounds like, if you´re not talking about early millennium shift DEATHSPELL OMEGA, FUNERAL MIST, etc. If so, yeah, I agree in that we are a mix of older Black Metal and the newer one from the change of the millennium. Not deliberately. We simply create what inspiration makes us create.

Why did you choose this title for the record, does it have any special meaning? Can you tell me something about lyrics?
The lyrics are mostly Qliphothic in their essence, with some other Left Hand Path influences as well as simply some blasphemous writing. The title describes how being born anew in the Night side of creation cleaves one´s sense of reality as it erases the cosmic illusion called “reality”.

Last song of your album is called „Scorn of the All-Mind“ and this track is very special. What are your main themes for this song?
It´s a song describing the union of Lord Samael and Lady Lilith as the parents of all wicked beings.

How important is image for you?
I am who I am. I play Black Metal because my heart of hearts is black and devoted to the sinister side. Imagery, on the other hand, can be very important in portraying these kind of “ideals”, but as for me as a person: what you see is what you get. 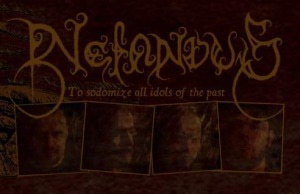 The album was released by Daemon Worship Productions! How did this cooperation start? Have you been approached by the label itself or did you have to circulate promo copies among the labels?
I´ve had contact with Daemon Worship for many years now, so it all came very naturally when we felt it was time to release a new album to co-operate with them. They released our MCD “Your God Is A Ghost” as well, so it was a continuation of a co-operation since some years back.

NEFANDUS have been a part of the black metal underground for many years now. how do you feel the scene has changed over the last 20 years? What is your view on the group’s position in today’s metal music scene?
You tell me that. I have no track of where we are placed in the entire maze called Black Metal today. There are so many bands today compared to when I started to listen to and play this kind of music in the beginning of the nineties that I have no idea of what is what within the scene. 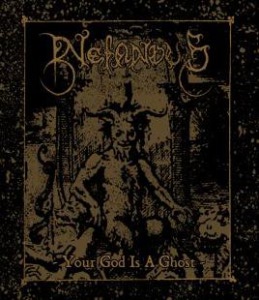 The more orthodox part of black metal scene is profusely pervaded by Satanist, anti-Christian, but young bands prefere rather other topics and life philosophies. Is it positive evolution for black metal? For example: Do you like post-black metal bands like a SÓLSTAFIR, LANTLÔS, MOURNING DAWN…
I don´t know what post Black Metal is. All I know is that there is Black Metal, which is satanic or sinister occult Metal music, and that there are other kinds of Metal. Musically I think there is good Metal and then there is really bad Metal, be it labeled with whatever subgenre label.

What are your views on other musical genres? What do you listen to yourself?
It varies. I listen mostly to really hard occult/satanic Death Metal, as it is described musically, like MORBID ANGEL or DEICIDE. Can´t get enough of these two bands, at least many of their records.

Czech Republic is a country of atheists. Is it similar in Sweden ?
The official church here is protestant, but people tend not to take part of the official church that much in Sweden. You can walk into a church any time of the day principally and hold a satanic mass here. That´s how empty the churches are, unless there´s a wedding or a funeral procession going on.

Do you collect CD’s/vinyls ? Which bands are your favourite ones?
I´m absolutely no CD/LP collector. Some of my favorite “newer” bands are THE DEVIL’S BLOOD, YEAR OF THE GOAT, SATUMALIA TEMPLE and other fanatic sounding music like that apart from classic old Black/Death Metal recordings.

Thanks for the interview, I can only wish NEFANDUS to be very diligent as for music!
Thank you for the questions and for supporting NEFANDUS! Hail Lucifer!