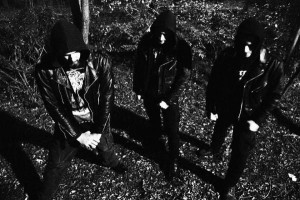 NECROVOROUS was created in 2005 by Vangelis F. (Shit Eater – Drums) and Periklis G. (Pig Fucker – guitars/bass/vocals). Inspired by Death Metal and Grindcore gods such as:AUTOPSY, DR.SHRINKER,IMPETIGO, HELLHAMMER, ASPHYX, (early) DEATH, MASSACRE,NECROVORE, MASTER/DEATHSTRIKE, NECROPHAGIA they started spreading some serious havoc and rampage with a series of three demos (later re-released as a single tape). In the beginning, the band’s direction was pure gore, a sense of evolution and the stinking air of a more distinctive Death Metal approach started appearing with the recording of their side for the self-financed and sold out split 10″ with MEATHOLE INFECTION (now GRAVE RITUAL). After the release of the split 10″ the line-up collapsed, with only Vangelis F. remaining, a fact that led to a short period of inactivity.

In early 2009, Kostas K. (also in EMBRACE OF THORNS) joined as a guitarist/bassist/vocalist. This was a beginning of a new morbid era for NECROVOROUS. 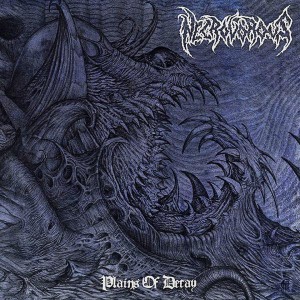 The first born, putrid offspring of that unholy intercourse was the “Crypt of the Unembalmed Cadavers” 7″ EP. The debut full-length “Funeral for the Sane”(released in 2010) found NECROVOROUS more oppressive, filthy and ominous and caused some considerable stir in the worldwide underground. The band went on to perform live, culminating in a performance at Killtown Deathfest along with FUNEBRARUM, GRAVE MIASMA, SONNE ADAM among others. The following years found our adorable ghouls getting back into their coffins with little to no activity. However the split ep with the Japanese Deathmongers ANATOMIA received praise. Everything seemed hopeless and decayed but 2017 brought the resurrection…

Known for their undying adoration for everything sleazy, macabre and genuinely disturbing the NECROVOROUS ghouls have risen from their crypt after years of hibernation and are staring at you with bloodshot eyes while brandishing scepters
made of human bones. Nobody was able to put the beast from another world to sleep. Be aware, for the death metal equivalent of a Jörg Buttgereit flick “Plains of Decay” is coming to mess with your brain. To avoid fainting, keep on repeating …”It’s only a record… It’s only a record… It’s only a record…”