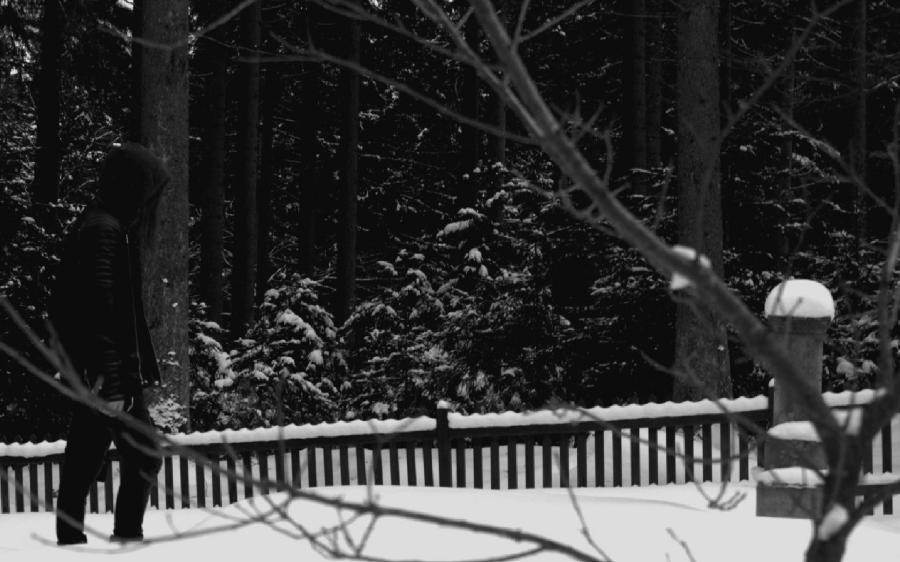 Welcome! How would you introduce NARGATHROND to music lovers who don’t know you yet? What is your music background? Did your vision of the band develop through time?
NARGATHROND has two sides. First I am a soundtrack producer for TV, games and so on. On the other hand NARGATHROND is a one man project. The main style is Dark Synthwave and Black Metal with the focus to tell horror stories with music. When it comes to my music background – I have my roots in Black Metal and Metalcore. But also Punk Rock is very welcome. In the early beginnings the idea was to combine multiple metal-styles with different guest singers. Over the years the project has evolved into something unique. That was not foreseeable beforehand. 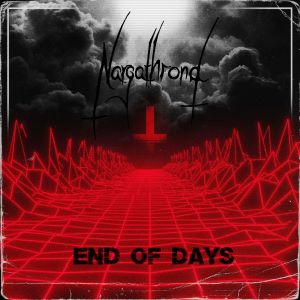 What was the first important thing you learned being in the one-man project?
Don’t rely on other people, just rely on yourself.

Music of NARGATHROND is very unorthodox. Where did you find inspiration for your music expression? Who are some of your biggest playing influences?
You are right. I don´t wanna sound like everyone else. I found my inspiration in horror movies which inspires me in storytelling and of course every shit that happens in the real world for which humanity is to blame. My biggest influences are CARPENTER BRUT and PERTURBATOR.

I wonder where do you see the main differences between new album and previous records?
The biggest difference is experience. When it comes to Songwriting, playing instruments, recording, mixing and mastering. I have everything learned by doing on my own. And for now I can say this is a thing I can be very proud of.

Can you talk about some of the subjects you tackle on this record? “End of Days” is a civil title for an album. Why did you choose this title?
This album was written and recorded during the time where COVID rules the world. In this time I witness and recognized who crazy mankind can be. There are people who leads ourselves to downfall. War and crime is all around but with the pandemic people getting much more silly. There is no god, no higher power which judges us. And there seems to be no hope for a bright future when the wrong people rule the earth. 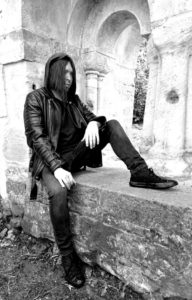 The sound of the whole album is dark, cold and sharp at the same time. Can you tell something about the final sound?
You describe it very well! I think the clash of heavy guitars , hard electronic drums and the dark synths make the whole package. And the handpicked guest singers complete everything.

What song from this album is the most exciting for you to perform?
Until now I have never played live with this project. But if I would it will be “PURE FUCKING DARKESS”. This song has everything.

What do you think about strong Dark Synthwave scene in Germany? How inspiring is the homeland music scene to your work? Have you some popular bands?
To be honest I don´t know much bands in Germany in this Genre. There a just a few people I discovered. But I don´t call this a scene. It is more a world wide friendship from artists who have the strength to prove themselve. But from my “neighbourhood“ I would recommend WE ARE MAGONIA (France) and DRAVEN (Greece). 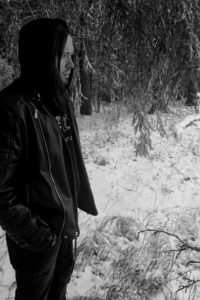 What can you tell us about your home town? Is there much of a supportive alternative music scene there or do you find yourselves looking to other cities?
My home town includes 5000 inhabitants. It´s a little town where it is most misty, cold with rain and snowfall. Means there is no music scene but big boost for being creative in this genres I make. 😉

What do you think of the current Dark/Electro/rock/ metal scene in general?
I think the rise of the synths is on. There are so many artists which appear in the underground. But not just in Synthwave. Also in the other genres you named before. But it´s hard to find someone special. most artists sound very similar and some can’t even be told apart. Only a few stand out from the crowd.

Please, can you introduce your others music projects?
Of course! I also have band called HIGURD. This is melodic Black Metal with German lyrics and high melody content. And there is AS WE FUCKED. This band fuses Metalcore, Melodic Death and slightly Punk influences.

Thank you for your time and I wish you only the best. Is there anything else you would like to add?
I thank you for chance to get interviewed! There is so much music in this world. Don´t just hang in one Genre. Keep your eyes and ears open.