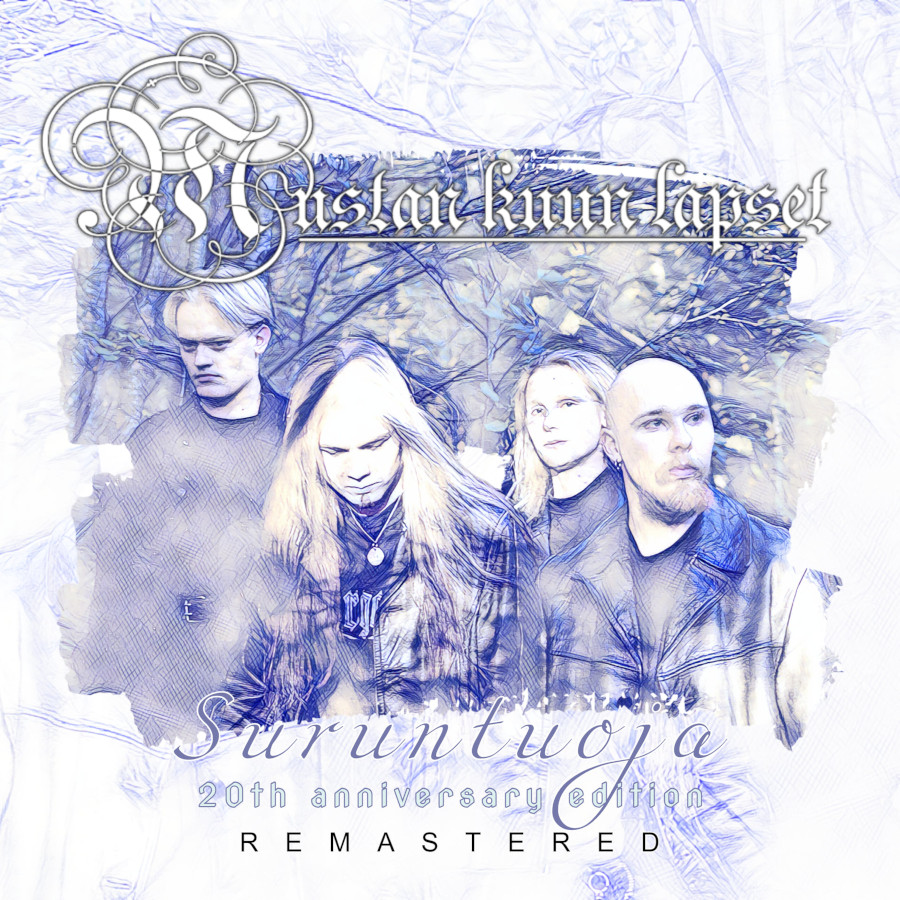 The year is 2022 and MUSTAN KUUN LAPSET´s debut album, “Suruntuoja”, is turning 20 years old. To celebrate it the band decided to release the album as re-mastered version with bonus tracks and a background story of the album written by music journalist Natalie Humphries from UK.

As bonus tracks there is two live tracks from 2016 and three original cassette demo tracks recorded before the album release in 2000. The whole album and the bonus tracks are re-mastered by Teemu Liekkala.

The album is also wrapped with new artwork and available as limited CD pressing and also first time on digital music services.