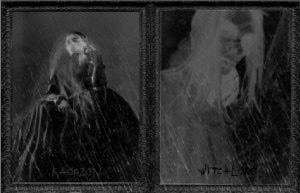 This autumn, MUSSORGSKI will be putting finishing touches on their third studio album, enigmatically entitled Creatio Cosmicam Bestiae. The whole record is to comprise seven brand new songs and an older track remixed. In total, there is to be about 45 minutes of music which the project leader, Khorzon, defines as follows:

‘The new album has been assumed to be a stylistic continuation of Chaos And Paranormal Divinity; still, once demo versions of a few new tracks had been recorded it turned out the stuff was going to be much more experimental and diversified. I have always found it hard to define music on our releases but this time I may take the risk of claiming that it is going to be a conglomerate of dark metal, black metal, industrial and something I refer to as cosmic ambient. I guess it is going to sound mystical’.